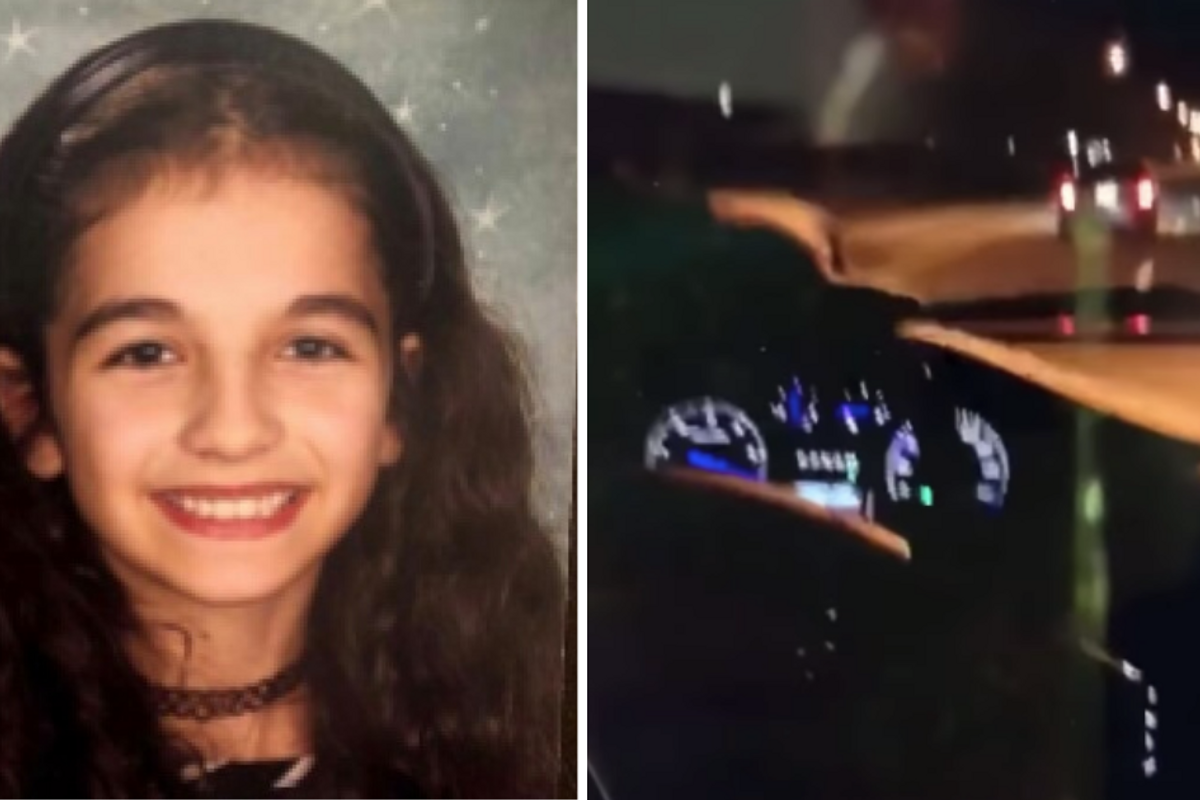 Most of us have few opportunities in our lives to become real-life heroes, but that's exactly what happened to Amanda Disley when she discovered a kidnapped girl in the backseat of a car.

Massachusetts State Police had issued an Amber Alert on January 15, informing citizens that 11-year-old Charlotte Moccia had reportedly been forced into a car shortly after getting off the school bus in the town of Springfield. "Preliminary investigation suggests that a white or Hispanic male was walking behind CHARLOTTE and forced her into the back of an older model (believed to be 2001-2005), dark blue or black Honda, possibly a Civic, with an unknown plate," the alert stated. "The vehicle has distinctive aftermarket rims and a moonroof."

According to TB Daily News, Amber Disley was driving around Springfield when she noticed someone being pushed down in the backseat of a Honda Civic and thought it looked suspicious. She and her husband weren't sure if it was the car described in the Amber Alert, but they had a "gut feeling" based on the rims and "the funny movements in the car." They called the police and started filming themselves following the car. Disley stayed on the phone with the dispatch describing what was happening and where they were.

The car appeared to go behind a building, but then came back around beside Disley's car. At one point, the Civic was reportedly traveling 100mph through the city, blasting through a red light, while Disley and her husband tried to stay behind and keep their eyes on the car.

While dangerous and certainly not recommended to follow a speeding car through red lights, the heroic actions of this couple paid off. State Troopers knew where to look for the car and were able to stop the driver on the Massachusetts Turnpike. Police report that Charlotte Moccia was recovered safely with no apparent physical injuries. The kidnapper, 24-year-old Miguel Rodriguez of Springfield, was arrested and taken into custody.

Family members of the accused told MassLive that Rodriguez has schizophrenia and has often exhibited bizarre behavior. According to police, Rodriguez had threatened to stab Moccia if she screamed or tried to get out of the car, but in a brief court appearance, he pleaded not guilty to aggravated kidnapping, intimidation of a witness, and assault and battery with a dangerous weapon.

Amber Alerts may be easy to ignore, but this story shows how the system can work when citizens are alerted to reported abductions. Who knows what may have happened to Charlotte Moccia if this couple hadn't spotted the kidnapper's car and followed it. Thankfully, we'll never have to find out.

We'd love to end the story there, but the nature of the internet compels us to add this note: Some scammers have set up a GoFundMe claiming to be raising money for Disley, and she is very clear on the fact that she and her husband did not set it up and don't know who did. She posted an emotional video to Facebook explaining that any GoFundMe is not associated with them, and that they hope whoever is collecting money off of this incident will send the money to the girl who was kidnapped.

Unfortunately, with internet notoriety comes inevitable negativity and opportunists. Don't let it get you down, Amanda. You helped save a girl from who-knows-what kind of trauma, and for that you should be proud.