Janet Mock lays out why protecting trans students is about so much more than bathrooms.

The Trump administration wants to roll back trans rights. This bestselling author makes a strong case for why he's wrong. 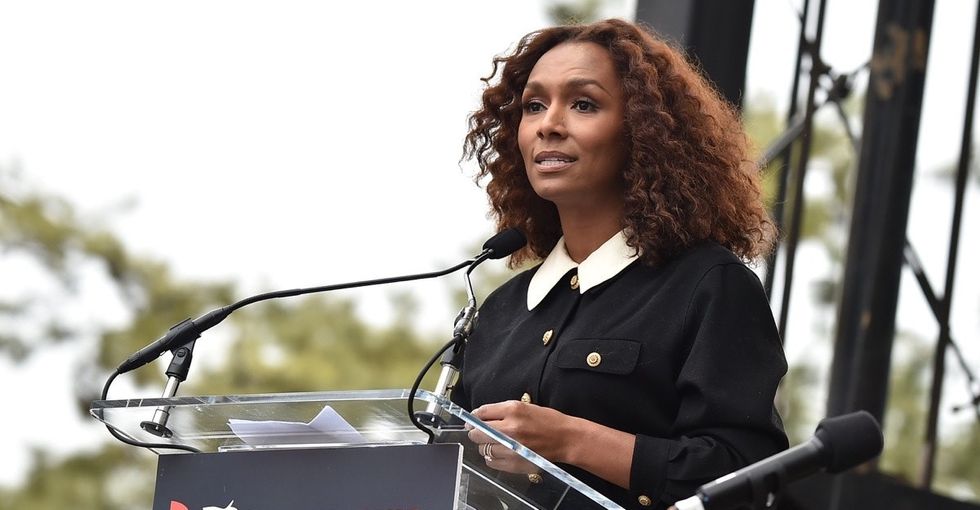 After the Trump administration rescinded the Department of Education's Obama-era guidelines to protect trans students, Janet Mock spoke up.

In her 2014 bestselling memoir "Redefining Realness: My Path to Womanhood, Identity, Love & So Much More," Mock gave readers a look at what life was like growing up transgender. On Feb. 22, 2017, the TV host, advocate, and author of the upcoming "Surpassing Certainty: What My Twenties Taught Me" came to the defense of trans students affected by Trump's latest action.

Mock speaks at the Women's March on Washington. Photo by Theo Wargo/Getty Images.

In a Facebook note, Mock described the mental, physical, and social toll of anti-trans discrimination in schools.

School was a place that Mock "considered a refuge" from some of the other challenges of everyday life. After she came out as trans during her sophomore year, that refuge was gone.

"I had issues with bathrooms and locker room access," Mock wrote. "I was sent home repeatedly due to 'dress code violations.' I was repeatedly called out of my name and misgendered daily by classmates and staff."

Mock at the 2012 GLAAD Media Awards in San Francisco. Photo by Araya Diaz/Getty Images for GLAAD.

"Always the first with my hand up, the one ready and willing to do and learn more, I would go home at night and seriously contemplate never returning to school. The struggle of waking up every day, getting dressed, walking to school and being met with stares and closed doors weighed heavily on me. I was only 15 years old."

Mock eventually was able to transfer to a more welcoming school where she wasn't discriminated against for being trans, and that made all the difference in the world.

Her new high school validated her, welcomed her, and offered her equal access to school facilities — and as a result, Mock was able to thrive, earning a college scholarship for her academic work.

"I know first hand how utterly vital it is for young people — for all of us actually — to be met with nods, applause, and open doors. It’s even more urgent for marginalized students, regardless of their ability, race, class, immigration status, religion, sexual orientation or gender expression and/or identities."

To young trans folk: Remember this is your school too. You deserve equal access, affirmation & education. You belong. Nothing is wrong w you
— Janet Mock (@Janet Mock)1487813558.0

Trans students, like all students, should feel safe, encouraged, and accepted by their school.

That's just one of the most basic elements of education, and yet for many trans kids, that's lacking. According to a 2015 survey from GLSEN, 60% of trans students were denied access to restrooms that matched their gender identity. As a result, nearly 70% of trans students reported making efforts to avoid using school restrooms at all — some taking steps as extreme as not eating or drinking during the day.

Mock at the Shorty Awards on April 11, 2016, in New York City. Photo by Robin Marchant/Getty Images.

Bullying is unacceptable when it comes from other students, and it's even worse when it comes (even passively) from teachers or administration. What the Trump administration did by rescinding the Department of Education guidance for transgender students suggests that maybe trans students don't deserve the same sort of nurturing environment as others. What kind of message does that send to teachers, parents, and students?