It feels like every awesome woman is in this amazing new White House video. So good.

'Together, we got this.' 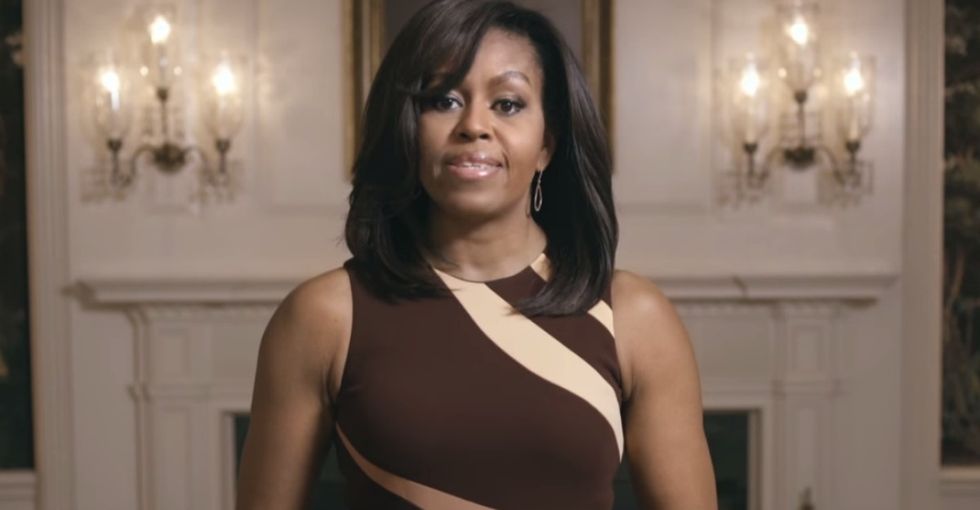 June 2016 is shaping up to be quite the month for gender equality.

Because, well, this happened, of course...

...which is clearly nothing to sneeze at.

But also, many of the biggest female trailblazers in modern American history raised the bar in a big way for the next generation. And they used a two-minute video to do it.

The United State of Women Summit will take place June 14, 2016, at the White House.

And a new star-studded video promoting the summit's bold, forward-thinking message (sprinkled with a few laughs) made waves across the web.

The trailblazers are aiming at a range of pressing issues affecting women today and tomorrow.

Like equal pay. Because women still earn less for doing the same work, and it's pretty much bulls**t.

If you're not watching "The Daily Show's" Jessica Williams, you're missing out.

And access to safe, legal abortion. Because, at times, it sure does seem like the 1850s still, huh?

When male judges sympathize with rapists because jail might have a "severe impact" on them, you better believe we need to teach men what the definition of consent is.

So clearly, we have a long way to go. Just ask Tina Fey.

The video is just a teaser really. The summit itself is where advocates rolled up their sleeves.

The event will bring big wigs and thought leaders together to take these tough issues head on — from economic empowerment and access to education to expanding health care and curbing gender-based violence. The summit will largely serve as a "rallying cry" for women to stand in solidarity with one another and to make changes for generations to come, according to press release.

If there was ever a month to jump on the bandwagon for gender equality, June 2016 seems like the right one. Learn more about the United State of Women summit, and take the pledge to do your part today.

Watch the United State of Women video below: