'I'm 45 years old and I have never once casually, comfortably, held hands with a partner in public.'

"I'm 45 years old and I have never once casually, comfortably, carelessly held hands with a partner in public." 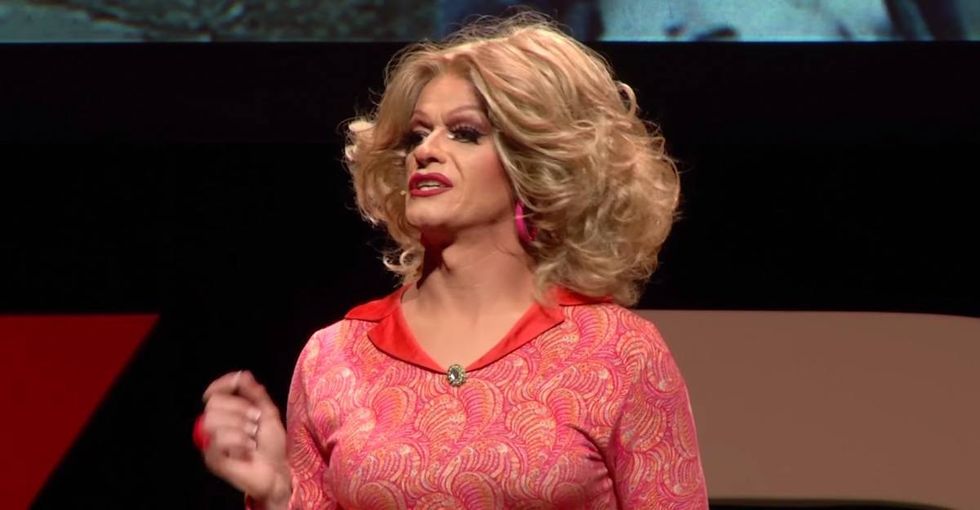 Do you think much about the simple, seemingly small things you do in public?

Most of us probably don't give too much thought to holding hands. It's small, right? But for some people, everyday gestures are anything but small. As Panti explains, for many gay people, holding hands is a big deal.

Instead of simply walking down the street, doing your thing, being happy, you're looking around, seeing who's there, trying to decide if it's even worth holding hands. And if you think, "Yeah, we're doing this," then you have to wonder if someone will hurt you for it.

Those small gestures, though, are what make us human.

And when you can't do the small human things without a great deal of thought, it takes a toll.

What is homophobia, anyway?

"So, gay people are going to destroy the institution of marriage. Gay couples will be wandering through orphanages picking babies off shelves, trying to find one that matches their new IKEA sofa. Or that allowing gay people to get married will destroy society itself.

... Now, of course, the other real driver of homophobia — and you can all clutch your pearls here because I'm going to go here — is a disgust with gay sex. In particular with gay male sex... They feverishly imagine that we spent all day jumping around buggering each other ... and, in fact, what they actually do is reduce us down to this one sex act whether or not we do it at all. Because we are not regular people with the same hopes and aspirations and ambitions and feelings as everyone else. We are simply walking sex acts."

It's time we stop tolerating it.

People are people. We are all people. And we all deserve to be treated the same.

Are you a fan of equality? You can share this incredible talk. Maybe someone who needs to see it will.