He finally cracked the mystery of his mental illness. See how he's using music so others can, too.

Mike Caesar is using his musical medicine to help others struggling with mental illness. 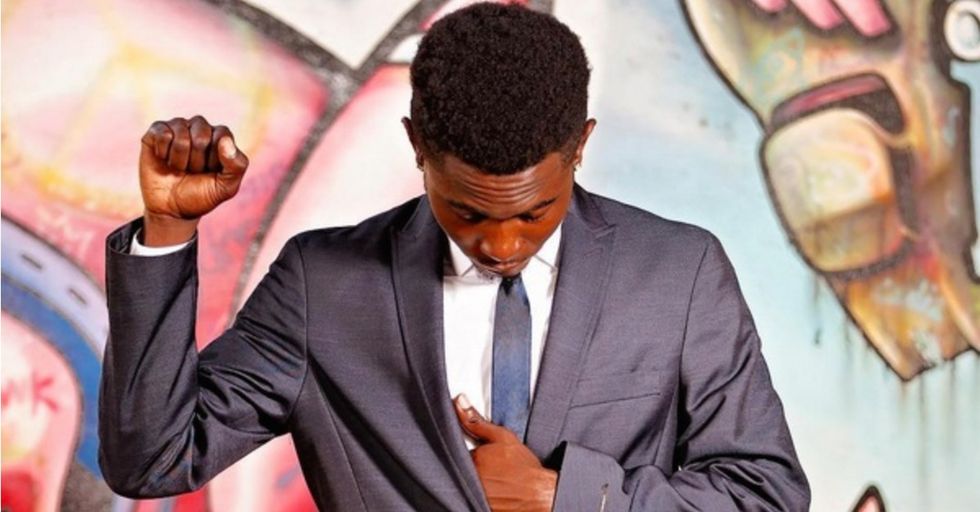 As a child, he felt like something was wrong with him. But he didn't know exactly what.

He got into trouble. A lot. When he was in elementary school, none of the adults around him could figure out why he couldn't just "behave." He was angry. He had tantrums. He felt like he was on an emotional roller coaster. Fortunately, one counselor helped him discover something that made him feel better in spite of all the ups and downs.

The one thing that helped calm him down was writing.

That counselor helped change his life forever — she told him to keep a journal and write down his thoughts and feelings every day. He started to write short stories and poems, and pretty soon he was writing songs and rapping. But without the treatment he needed, he continued to struggle.

It took 10 long years — and a variety of medications — before he finally found the truth: He has bipolar disorder.

After he was diagnosed, he was finally able to get the right treatment to manage his condition. And it helped his relationship with his family, too, because they knew exactly what they were dealing with.

He started to use his musical talent to raise awareness around mental illness — especially in black communities.

Mike admits that he struggled with societal pressure to be a "strong black man" who didn't need any help. That's why he's using his music to reduce the stigma around having a mental illness and getting help for it.

But Mike wants to change that. That's why he's donating all the proceeds from his latest single "Gotta Ball" to domestic violence and bipolar organizations.

Money raised from his $.99 single will go to the nonprofits Joyful Heart Foundation — committed to ending domestic violence and sexual assault — and the Ryan Licht Sang Bipolar Foundation, which raises awareness for early-onset bipolar disorder.

That's only the beginning. He's also working on making his own foundation.

He and a few friends are creating a nonprofit called the WAIT Foundation. WAIT stands for "We're All in Together." He plans to use the foundation to continue to raise awareness around mental illness and other related issues like homelessness and domestic violence.

He hopes reducing stigma around mental illness will prevent people from being too afraid to ask for help.

In an interview with the Dallas Observer, Mike said, "Even if people don't donate, at least they're asking the question, and with each question, those stigmas that might deter someone from seeking help will begin to dissipate."

That's music to so many ears.

You can listen to his single on SoundCloud. (Warning: explicit language.)