What could actually help us reduce gun violence, according to research.

This is one powerful way to address gun violence. 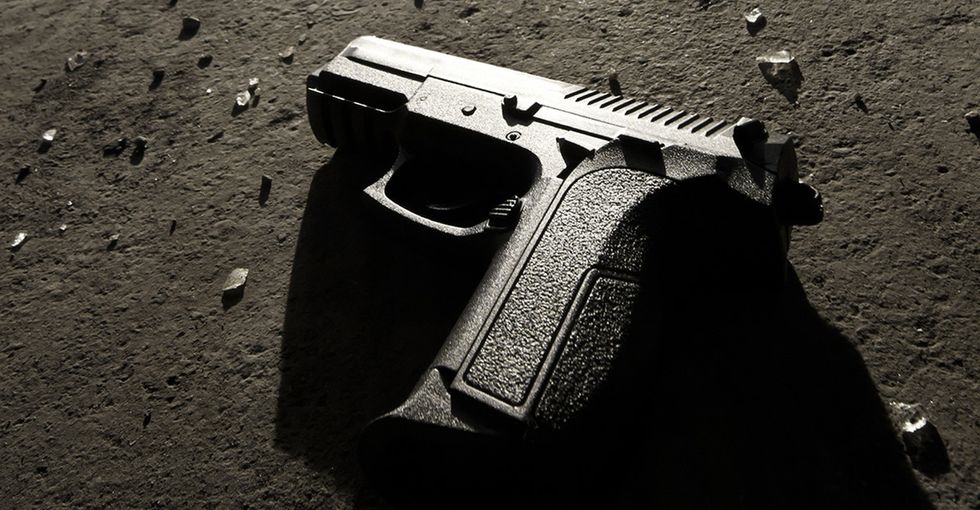 In the early 1990s, Boston faced an epidemic of youth homicides.

But over the next five years, those numbers dropped dramatically.

In 1999, only five young adults were murdered in gang-related incidents. There was also an overall 32% drop in shots-fired calls, a 25% drop in gun assaults, and, in one district, a 44% drop in youth gun assaults.

So, what happened? What was behind what people call “The Boston Miracle”?

The answer is deceptively simple: Ordinary people got involved, worked together, and directly faced the roots of violence in their communities.

One of those people was Rev. Jeffrey Brown, who was then pastor of the Union Baptist Church in Cambridge, Massachusetts.

Boston clergy like Brown knew the toll of gun violence firsthand: They’d officiated over dozens of funerals, and mourners at one funeral were even attacked by members of a gang during the service.

Many across the world are exhausted with gun violence. Image from iStock.

Together, these clergy members decided they’d had enough, so they founded the group Boston TenPoint Coalition.

The Boston TenPoint Coalition walked the streets late at night, actually talking with the people who were caught up in violence.

What they learned about these kids and gun violence during those walks was surprising.

Traditionally, in Boston, violence was known to be directly tied to the drug trade. When crack cocaine hit the streets in the mid-'80s, battles over control of potential drug markets had soared.

But once turf had been established and those original conflicts subsided, the guns didn’t go away.

Instead, the guns were being used in encounters that would otherwise have had less lethal outcomes — in longstanding rivalries (“beefs”) between loosely organized groups, and in fights over perceived disrespect.

The coalition learned something else: The idea that inner-city neighborhoods are full of hard-core, unredeemable “super-predator” teens is very off-base.

In actuality, the number of people who were involved in organized gangs was tiny. Criminologists studying Boston’s violence problem put the number at less than 1% of Boston’s youth population, and below 3% even in high-risk areas.

In fact, many of the youth caught up in violence weren’t members of organized gangs at all. They felt they had no choice but to respond to acts of aggression in kind — which led to inevitable retaliatory escalations for everybody involved. Perpetrators of violence were likely to be its victims, and vice versa.

The overwhelming majority of the youth Brown and the activists from TenPoint met wanted to find a way out of that cycle, but they didn’t know how.

In other words, Brown and others found that the body count wasn’t inevitable: If the cycle of escalation could be broken and youth given other options, gun violence could be stopped before it started.

Youth across the nation are looking for ways out of the culture of gun violence. Photo by Scott Olson/Getty Images.

This “research” convinced Brown and TenPoint to pioneer a new strategy for tackling gun violence: the Ceasefire model.

The Ceasefire model involves partnerships between groups that are frequently pitted against one another or working at cross-purposes: police, community groups, and, most importantly, marginalized youth and even gang members.

On the policing side, the program involves “focused deterrence,” an example of “problem-oriented policing.” Police and other researchers identify “hot spots” and other patterns of where and when violence is likely to occur.

They also identify the networks of people who are most likely to be involved, both as victims and as perpetrators. Community activists, clergy, educators, parole officers, and social workers then meet with those at-risk folks.

Conversation is central to this process.

“In my mind, youth gun violence is a cultural phenomenon that's created when the social and economic structures in a given community are weakened (failed housing policies, chronic unemployment and underemployment, poor educational institutions, poor health care, drug abuse and a proliferation of easy-to-buy guns),” Brown says.

“The culture is also created when we fail to listen to and value the wisdom of the voices of those who are living every day in a violent culture.”

Without that engagement, the work won’t succeed. Brown cites a Burundian proverb: “What you do for me without me, you do to me.”

Since the first Boston experiment, this model has worked well in many cities.

Variations on the Ceasefire model have been implemented in cities around the country, from Indianapolis to Newark to Cincinnati to Nashville to Honolulu. The results have been consistent: statistically significant drops in gun homicide rates, gun assaults, gunshot wounds, and repeat offenses.

Taken together, this proven track record has made Ceasefire one of a handful of interventional programs in the U.S. that receive a full "Effective" rating by the Department of Justice.

If the program is so effective, why aren’t we using it against gun violence in every city in America?

Many Americans have spent years calling for ending gun violence. Photo from iStock.

There’s a problem: Despite being comparatively inexpensive and proven to save lives, Ceasefire programs require a long-term boots-on-the-ground commitment from institutions, authorities, and politicians.

The programs have been consistently underfunded, both by states and by the federal government. And it’s hard not to reach the conclusion that this is because the people whom Ceasefire helps most, and who are disproportionately the victims of gun homicides nationwide, are black.

Meanwhile, Brown is still spreading the word about this program because he believes it could solve many problems.

He now has a new organization, called RECAP (Rebuilding Every Community Around Peace). Having done work in 22 cities, he’s traveling the country telling his story, building a movement and organizing a “National Season of Peace” program.

Brown says his own epiphany about violence came when he broadened his understanding of “community.”

“I think everyone has a responsibility to do something to help end the dominance of violence in our culture,” he says. “Since violence is the culture, we must stand against it by nurturing a counter-culture of peace.”

If we’re serious about lowering the toll of gun violence in America, we should take programs like these more seriously.

Ceasefire won’t end gun all violence in America, of course. It won’t stop high-profile rampage shootings, and it won’t directly stop intimate partner murders either. We need to work on other ways to respond to those problems.

But Ceasefire is a way to radically reduce the largest single category of gun homicides in the U.S.: inner-city violence. While the national conversation on guns is dominated by deadlocked debates over watch lists and weapons bans, we often neglect this part of the landscape, where there is a proven way to save lives and lower violence overall.

Are we willing to listen to each other and actually do something about that?

Are we ready to come together with our communities? And are our elected officials ready to do the same?