For just $10 each, New Yorkers are taking back their city. Because rent is too damn high.

A new group is putting power — and real estate — back in the hands of everyday people. 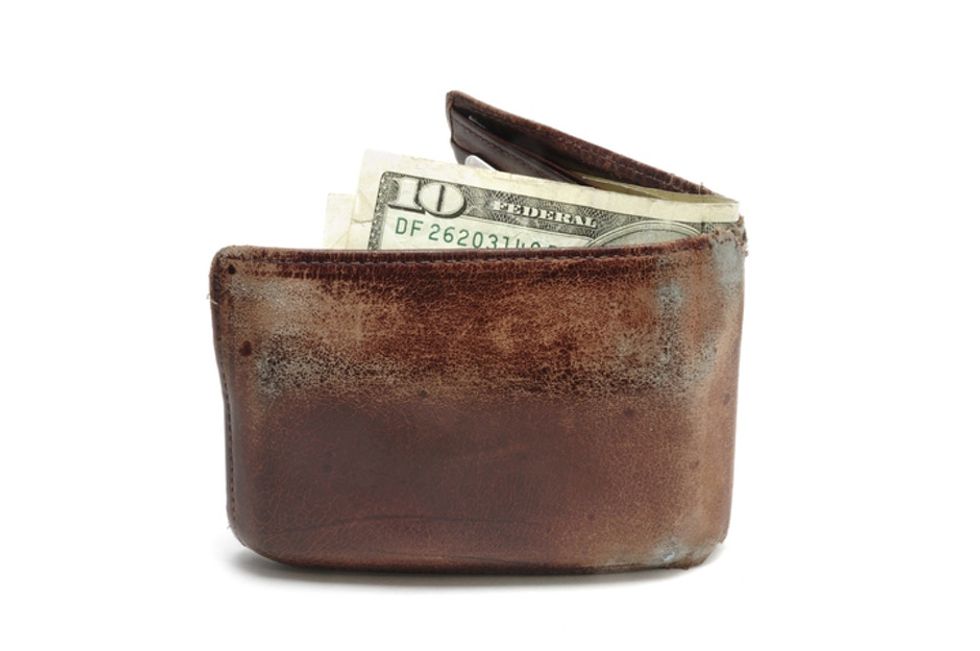 It's known as the city that never sleeps. Maybe that's because we're all so freaking busy working just so we can afford to live here.

Historically, New York has served as one of the greatest hotbeds for creativity in the country. It's where people like legendary musicians David Byrne and Patti Smith became, well, legends. But since that heyday, Byrne and Smith have gone public about how the city's focus on catering to the wealthy and ever-rising rents — on studio spaces, living spaces, and community space — are closing the door on creativity and culture in New York.

"If that's a veiled criticism about me, I won't hear it, and I won't respond to it." GIF from "Arrested Development."

They've got a point. But it's not just happening in New York. Building rents across the country are on the rise, making it harder and harder for working artists and locals to put down roots in their communities.

Median rent in Denver is up over 10% from last year. Over 8% in Kansas City. 7% in Portland, Oregon, and Austin, Texas. And New Yorkers are getting hit especially hard: Median rents have jumped 75% from 2000 to 2012. Meanwhile, hideously expensive (and, uh, hideous) luxury buildings are being erected left and right.

Wealthy foreign buyers are using shell companies to snap up these eyesores on their behalf and — insult to injury — they're not even doing anything with the eyesores they bought.

It's a pretty disheartening situation. So much so that Patti Smith went ahead and proclaimed that New York City has been taken away from the young and the struggling.

Her advice? “Find a new city."

How about a longer-term strategy that doesn't involve a U-Haul? A strategy for locals and artists to own a piece of the real-estate pie?

Hold onto those horses, Patti. There's hope yet.

Tired of rising rents forcing out small businesses and locals, they asked themselves: “What if investment in real estate and concern for local community went together?" GOOD QUESTION. (Uh, maybe one that should be at the heart of all city planning?)

And they came up with a brilliantly simple idea to take back their city.

The plan is this: Anyone can join the co-op by pitching in $10. (There's also a hardship fund so you won't be turned away if you don't have the cash on hand.) Then, members democratically choose a commercial space to purchase. Throw in some help from the org's lawyers and a little community oversight, and you've got a property for local businesses to operate, for artists to work, and for community groups to organize — that's guaranteed to have affordable rent forever.

Yeah, you heard me. Affordable rent forever. That is too damn awesome.

And New Yorkers seem to think so, too: Within one month of launching, NYC REIC received pledges of over $1.2 million.

The cooperative now has hundreds of members, and they're on the hunt for their first purchase.

The founders of NYC REIC believe that real prosperity means community prosperity. And their belief is grounded in fact.

They were actually inspired by a similar cooperative — the first of its kind in the U.S. — that was started in Minneapolis. There, over 200 local residents pooled their resources into the NorthEast Investment Cooperative (NEIC), purchasing two buildings on a neglected avenue. Business is booming today on Central Avenue, with a locally owned co-op brewery, bakery, and bike shop.

Now, NYC REIC is scaling up that model, with the goal of making New York a place where small businesses and local culture can not just survive, but thrive. So far, NEIC and NYC REIC are the only real estate co-ops of their kind in the U.S.

But the beauty of it is that it's a simple, highly adaptable model that communities around the world can use to take back their cities.

So, Patti? Maybe come back to New York. And to all the rest of you exhausted and overworked creatives: Here's to a future where we can afford to do what we love AND sleep like normal human beings.

One hour before my next shift. Just going to rest my eyeeezzzzzzzzzzzzz.