FaceApp just added 'ethnicity filters,' and it's going about as well as you'd think.

These are some major bad-idea jeans. 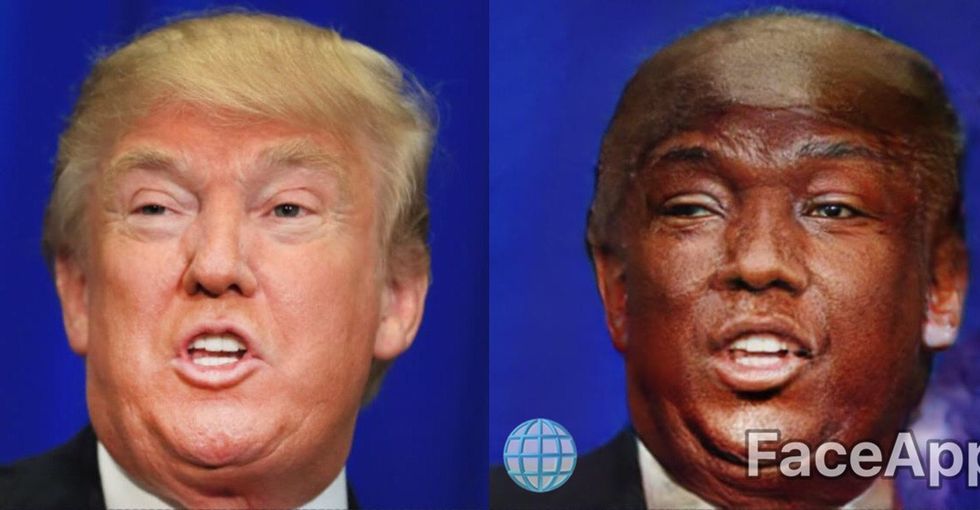 FaceApp went full "Milkshake Duck" on Wednesday, adding filters that let users alter the race of someone in a photo.

It was exactly as cringeworthy as one would expect.

For those not familiar with FaceApp, the iOS and Android app became popular earlier this year, allowing people to morph photos of themselves and others into different ages and genders.

Mostly harmless and a little funny, the app drew some criticism for its "flash" filter (which had the effect of lightening the user's skin tone) and for its ability to put a smile on anyone's face (some said this was sexist). Still, it seemed that most people agreed it was just a bit of fun.

The newly released ethnicity filters, however, drew some quick "WTF?" responses on Twitter.

"For the record I'm mixed white and Indian and I find every part of this offensive," Toby Sinbad Walker added via tweet. "It adds to insecurities about my natural bone structure."

As much as this seems like an obviously bad idea, FaceApp stands behind its product.

"The ethnicity change filters have been designed to be equal in all aspects. They don’t have any positive or negative connotations associated with them. They are even represented by the same icon. In addition to that, the list of those filters is shuffled for every photo, so each user sees them in a different order."

He seems to miss the point just a bit. It’s not the order or the ranking of the filters that’s getting people upset, but the stereotyping mixed with America’s fraught history with blackface that has people feeling uncomfortable.

In a 2015 editorial at The Guardian, writer Sisonke Msimang masterfully explained why "hi-tech blackface" — editing photos to look like a different race — is hurtful. Msimang uses a powerful analogy about an alien visiting Earth and trying to understand the underlying point of changing someone’s race if all groups truly are equal, and how it’s only through looking at the broader context of civilization and systemic inequality that the alien can understand why this is offensive. In other words, this isn’t something that exists in a vacuum.

Update 8/9/2017: Goncharov says in an email that the new filters will be removed today.