Barbie just got hit with a dose of Hollywood awesomeness, and her name is Ava DuVernay.

The doll manufacturer put the doll into mass production in response to demand. 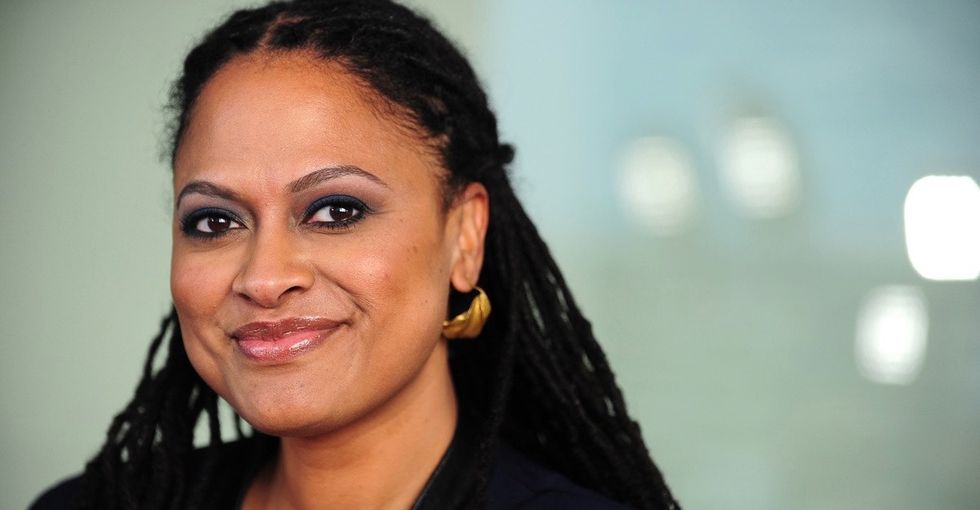 The plan was to make a single doll for each woman on the "Sheroes" line. Then Mattel took it a step further.

The initial idea was simple (and great): make one doll for each "Shero," auction them off, and let the women behind the dolls' likenesses decide which charity the proceeds would go to.

But over the weekend, Mattel announced it would be mass-producing at least one of the dolls — Ava DuVernay's. All proceeds from sales of the "Selma" director's Barbie will be going to charities Color of Change and Witness.

But perhaps the coolest thing about the announcement of DuVernay's Barbie was the response from her fans.

Monday morning, people excitedly awaited details on how they could purchase one of the Ava Barbies. Some wanted one to give to their sons, daughters, nieces, or nephews; others just wanted to buy one for themselves (and hey, who says adults can't have dolls, anyway?).

For all the positivity Barbie has brought to the world, two of the near-constant critiques have been the lack of diversity in the line and the promotion of unrealistic beauty standards. This doll addresses at least one of those problems, expanding the universe of possibilities for the Barbie-faithful of the world.

Actress Parisa Fitz-Henley, most recently seen as Reva on Netflix's "Jessica Jones," shared her excitement over the new possibilities and inspirations others will be able to draw from a powerful figure like DuVernay being represented in a beloved, universally known toy.

It seems like the people at Barbie are really upping their game.

As mentioned above, the company hasn't had a perfect track record when it comes to things like representation and body image. The good news is that it seems they're making some steps in the right direction.

DuVernay was the first black woman to be nominated for the Oscar for best director. Photo by Robyn Beck/AFP/Getty Images.

"Started by a female entrepreneur and mother, this brand has a responsibility to continue to honor and encourage powerful female role models who are leaving a legacy for the next generation of glass ceiling breakers," Barbie General Manager Evelyn Mazzocco said in an April press release about the "Sheroes" line.

In addition to the DuVernay doll, Mattel recently made a Zendaya doll — though it doesn't seem to be going into mass production. Mattel also made news when it released an ad that included *gasp* a boy, helping bust some gender stereotypes.

Here's hoping the company keeps up the renewed commitment to inclusivity.