After going home for her dad's funeral, this trans woman did something amazing: She met her brother.

Lots of people avoid returning to their hometown. She had a bigger reason than most. 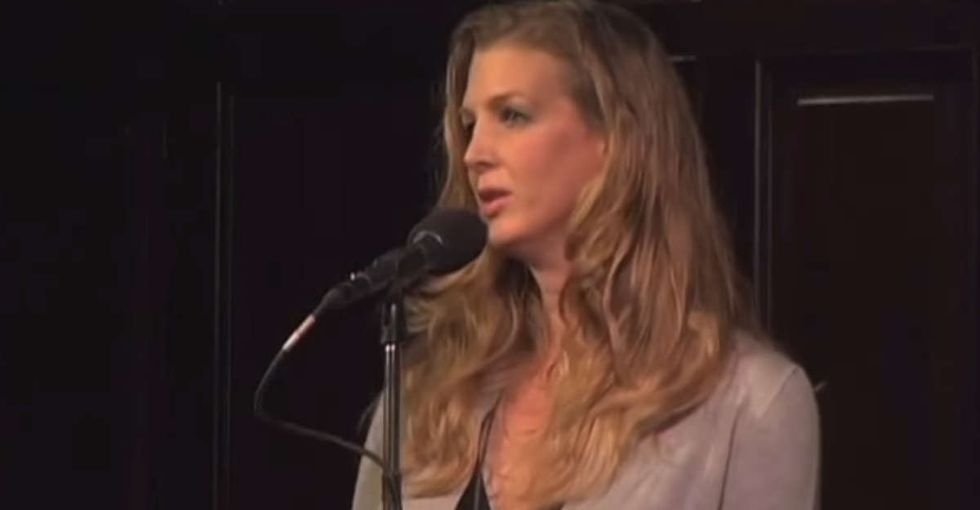 When her father passed away, Kimberly Reed had a dilemma.

Going home for her father's funeral meant seeing her brother, Mark, who she hadn't spoken to for many years.

Mark didn't know why it had been so long. And their mother kept making excuses.

The reason was that the last time Kimberly saw Mark, Kimberly was known as Paul. And Mark didn't know she had transitioned.

Mark didn't know he had a sister.

Needless to say, when Kimberly saw her brother for the first time...

But as many families do in difficult times, they fell back on tradition.

Kimberly had to return to her hometown for the funeral.

She didn't know what to expect.

And it's not fair for me to spoil it, so you should just listen her tell the story. The football team arrives about 11 minutes in, and it's ... glorious.

If you're a young person who is trans and struggling, or if you're questioning your gender identity, Kimberly is living, breathing proof that it can and does get better. People grow up, families change, and life can be really great.

If you know someone who is struggling, please share Kimberly's story with them. And if you're considering suicide or know someone who is, please call the Trevor Project Lifeline at (866) 488-7386. And here are some important resources that can help. You're not alone.