Tracee Ellis Ross gave an epic speech about being single and child-free at 45. 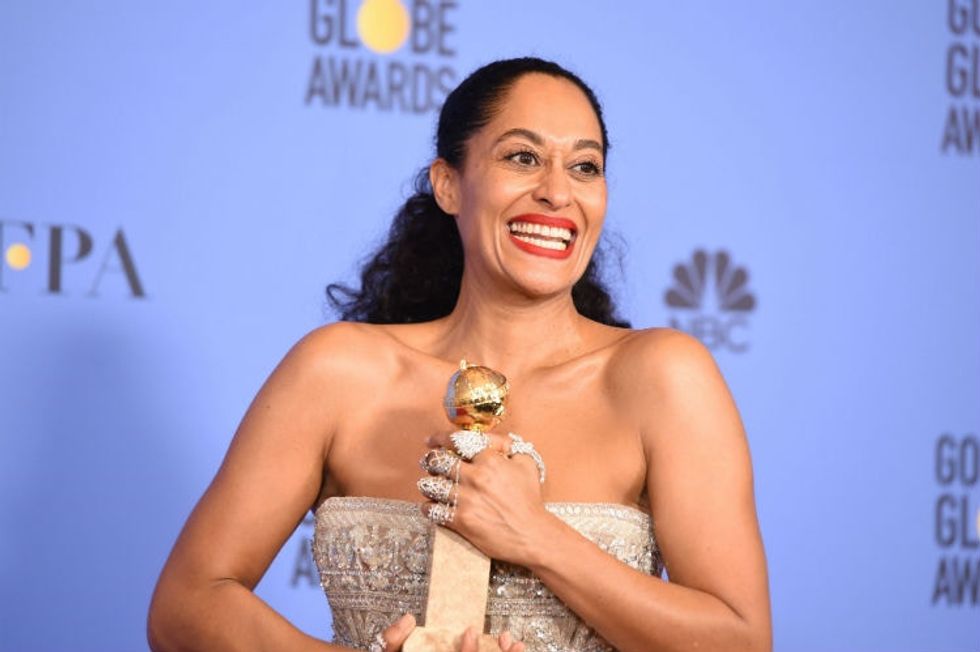 If you have marriage or child advice for actor Tracee Ellis Ross, keep it to yourself.

Speaking at Glamour's 2017 Women of the Year Summit on Nov. 13 in New York City, Ross (who is on "Black-ish") talked about taking ownership of her life and having the courage to live with her own wants and needs in mind.

In her incredible peech, the 45-year-old actor — who does not have any children and is not married — focused on overcoming the intense pressures facing women to follow the conventional path through adulthood that includes settling down with a partner and starting a family together.

"It’s really interesting to be a woman and to get to 45 and not be married and to not have kids," Ross began.

"You start hearing crazy shit like: 'Oh, you just haven’t found the right guy yet,' 'What are you going to do,' 'Oh, you poor thing,' 'Why is someone like you still single,' 'Have you ever thought of having kids,' 'Why don’t you just have a kid on your own?' It’s never ending and not helpful."

Ross she said dreamed of having a wedding when she was a little girl, but she "also dreamed of winning an Oscar and being on the cover of magazines and making a difference in the world, helping women find our voices."

It was from those dreams that she's been able to shine brightly.

"I have built an incredible life. I have become a woman that I am proud to be," she stated.

"And then someone tells me about their friend who adopted a child at 52 and how 'it’s never too late for your life to have meaning,' and my worth gets diminished as I am reminded that I have 'failed' on the marriage and carriage counts. Me! This bold, liberated, independent woman."

One day, when she was journaling, four words popped into her head and onto the paper — and they made all the difference in the world.

"I’m sitting there freewriting, maybe conversing with my inner child, and I write down: MY LIFE IS MINE."

"Those words stopped me in my tracks and honestly brought so many tears to my eyes. Seems so obvious, but obviously it wasn’t. Because I have not been living my life as if it was my own. I mean, to a certain extent, yes, but on a deep level, no. So, if my life is actually mine — then I have to really live it for myself. I have to put myself first and not be looking for permission to do so."

Ross' words have garnered plenty of praise online and have especially struck a chord with women who've felt the same pressures to conform to societal norms as they grow older. Why should Ross — a Golden Globe-winning actor and successful entrepreneur — think for a second that she's less than because she doesn't have children and isn't married?

"Here’s some good news: You too can go from being you to being the brave you," Ross said, closing out her speech. "And you should definitely try it if you haven’t already!"

"Because brave you is so beautiful! Not beautiful like your hair all did or your brows all clean. When I think of what is beautiful, I think of a tree; I think of seeing a bird soar. I think of an embodied woman; I think of my mom in her ‘this is me’ glory stance, arms up, heart open, hair big, sexual, powerful, and full of agency.
***
This beautiful, powerful part of you is just waiting for your invitation."