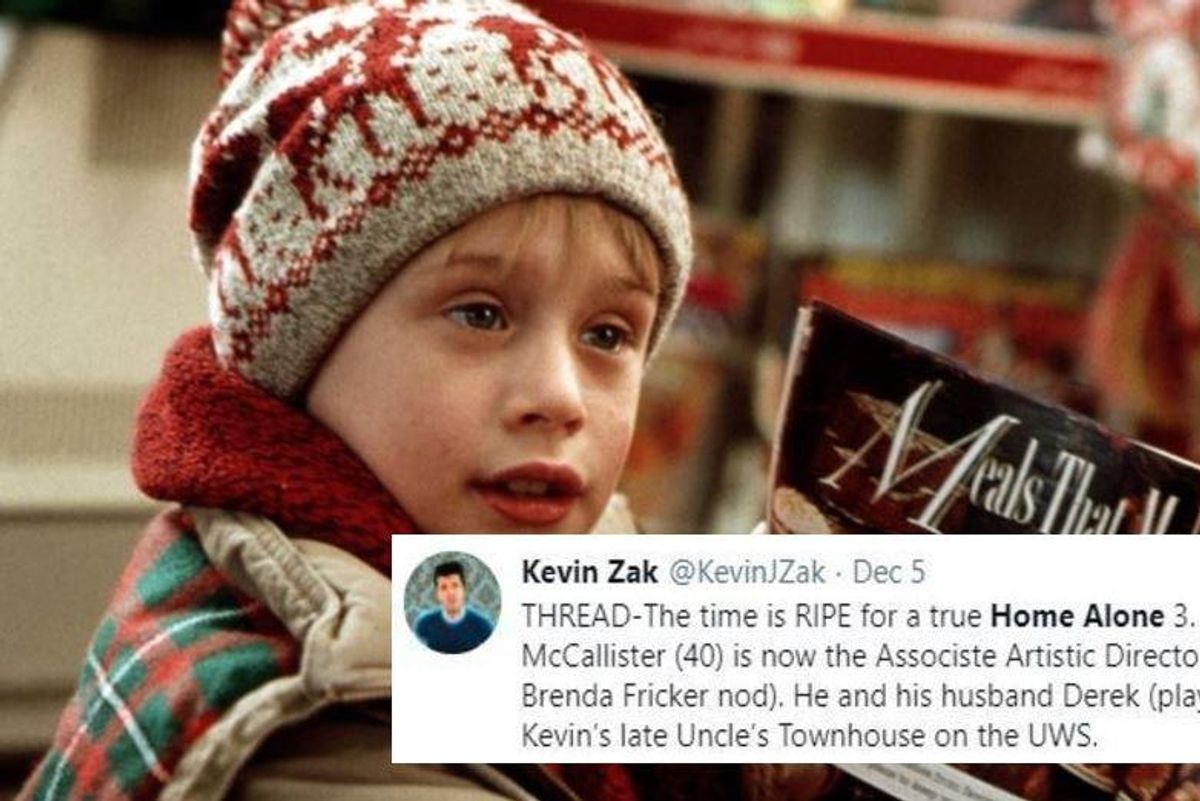 When most people think of the "Home Alone" franchise, they remember the original 1990 blockbuster starring Macaulay Culkin that plays on TV throughout the holiday season. Most people will also have a vague recollection of its 1992 sequel, "Home Alone 2: Lost in New York," that's best known these days for having a Donald Trump cameo.

However, there are actually five films in the "Home Alone" franchise. Nineteen-ninety-seven's Culkin-free "Home Alone 3" was a flop about an eight-year-old prodigy who defends his home from a band of criminals who work for a North Korean terrorist organization.

Now, the franchise is being rebooted for a movie that will air on Disney+. The untitled "Home Alone" film will star "Jojo Rabbit" actor Archie Yates as a precocious child protecting his house against a couple looking to retrieve a family heirloom.

Rumor has it that Culkin got paid $3 million to play Kevin McCallister for a cameo in the film.

Culkin recently reprised the role for a Google Assistant commercial that went viral in 2018.

If actor Kevin Zak has his way, the next "Home Alone" film won't be a reboot starring a new Kevin McCallister imposter, but Culkin himself playing the role, this time as a married man.

(Note: Zak pitches this as "Home Alone 3" which is further evidence that few people have any idea that there were more than two films in the franchise.)

In Zak's film, the tables are turned and Kevin has to navigate a church filled with homemade booby traps designed by the original Wet Bandits played by Joe Pesci and Daniel Stern. Pesci and Stern are a little long in the tooth to be getting beat up by McCallister, but Zak has figured out an entertaining way to make it work.

Take it away Kevin.

For those who aren't in the know, Dan Levy is the son of character actor Eugene Levy and best known for playing David Rose on "Schitt's Creek."

Kevin then says they should rig the house with traps & try to catch the geriatric Sticky Bandits (who are lying dea… https://t.co/gyUYr0JOjw
— Kevin Zak (@Kevin Zak)1607224150.0

Zak's idea for the third Culkin-led "Home Alone" is pretty brilliant because it overcomes the fact that seeing the bandits get beat up again in a booby-trapped house would be terribly boring a sixth time around.

It's also smart because it turns the tables, making McCallister the one that has to make his way through the traps. Adding his husband into the mix is great because the audience can laugh at him being cartoonishly injured by the traps set by the bandits.

Plus, given the age of the bandits, it'd be pretty cruel to watch them get whacked in the face or fall down a staircase.

The only problem with the pitch is that if Culkin received $3 million for a cameo in the Disney reboot, how much would he charge to play the lead?

From Your Site Articles
Related Articles Around the Web
movies
popular