A powerful, poignant post about men's role in the #MeToo movement went viral. 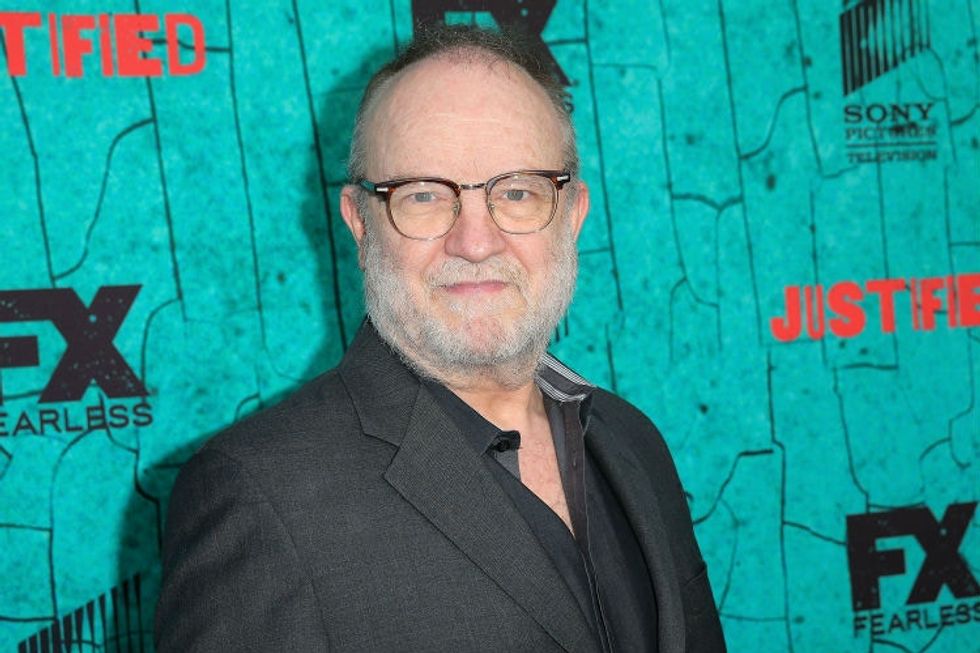 In a heart-wrenching Facebook post, actor Jim Beaver ("Supernatural," "Deadwood") described being molested by a superior while serving in the U.S. military. But, as he poignantly noted, the #MeToo movement wasn't created for people like him. And that's OK.

The #MeToo hashtag has flooded Facebook, Instagram, and Twitter in recent days as millions of women have shared their personal experiences with sexual harassment and assault, adding "#MeToo" in their posts as an act of solidarity. The hashtag went viral after dozens of survivors came forward, alleging movie mogul Harvey Weinstein had harassed, assaulted, and raped them.

On Facebook, Beaver explained why, even though male survivors of sexual assault like himself certainly deserve to be heard, chiming in on this movement specifically is not necessarily the time or place.


In his post, Beaver first describes his own painful experiences overcoming sexual assault.

"As a young Marine, I was repeatedly molested by a high-ranking officer, a Navy doctor who used his position at first to fool a naïve teenager into believing what was happening was standard procedure," the actor wrote. Although Beaver was fortunate enough to be able to rid himself of the situation, he didn't report the officer:

"I often wonder what would have become of me had I found it necessary to report him. Would I have been believed? Would my military prospects have suffered? Would I have found myself in danger? All these questions came to me afterward, because I was fortunate enough to escape the situation without having to put my enlisted-man word up against that of an admiral."

Then, Beaver nailed why you can't separate gender from the overarching issue of sexual assault.

"As a man, I personally cannot, despite my own experience, quite bring myself to join in with a 'Me, too,' even though I see some men doing so," he wrote:

"I respect and support any man who has been sexually misused or sexually bullied. But what seems to have taken the world, at long last, by storm in the past few days is most prominently an issue for women, because while many men have been victimized in such manner, the painful truth is that we live in a world where women are *expected* to put up with such things."

And then he delivered the kicker: "The clear likelihood is that had the current occupant of the White House been caught bragging to a TV reporter about molesting men," Beaver wrote, "he would never have become president. But since it was just women, well, boys will be boys."

The actor touched on a vital point: Sexual harassment against women is so commonplace, it's more surprising if a woman doesn't experience it at some point in her lifetime.

Women are overwhelmingly the victims of sexual violence in the U.S. Research suggests roughly 1 in 6 women has survived an attempted or completed rape, while 1 in 3 women have experienced sexual harassment in the workplace. The issue cuts through racial and social lines, too, as people of color, transgender individuals, and those with disabilities (among other marginalized groups) are at increased risks of experiencing sexual violence.

To be sure, sexual violence targeting men and boys is a true concern; roughly 14% of rape victims are male, and researchers are worried that figure could be higher, as sexual violence against boys and men remain under-reported. In the wake of the Weinstein allegations, celebrities like Terry Crews and James Van Der Beek have spoken out about their own experiences overcoming sexual abuse and harassment; they certainly deserve to be heard too.

But the #MeToo hashtag was meant to shine a light on the alarming frequency women are forced to endure this type of inexcusable behavior. It shouldn't take a flood of Facebook posts from women vulnerably recapping their experiences of sexual assault for the world to finally care. We need to listen when they tell us their stories the first time — not 30 years later.

Beaver capped off his viral post by noting what he will do instead of chiming in using the #MeToo hashtag.

"Since I'm not comfortable taking on what seems most appropriately a rallying cry for women standing up against a repugnant status quo, I won't say, "Me, too,'" he wrote. "I'll say, 'I believe you.'"

Believing is just the start. Men shouldn't sit paralyzed at their computers, scrolling through #MeToo stories, wondering how to help. They should donate to organizations making real change. They should start having conversations with other men, reiterating that, no, "locker room talk" isn't harmless banter — it often excuses sexual violence. They should learn about the intersectional issues that affect women and other marginalized groups. They should commit to caring about sexual assault long after the rest of the world forgets about a viral hashtag.

Because, guys, this really is on us.