Congress has voted to repeal the Affordable Care Act 46 times, wasting tons of time on pointless votes while actively ignoring other issues like immigration reform. Rep. Joe Garcia decided to speak up about the real people affected by the lack of action, and he spoke eloquently about a family sitting in the gallery. After his speech ended, at 2:37, Rep. Jackie Walorski, who was standing in as speaker pro tempore, let Rep. Garcia know that mentioning people in the gallery isn't acceptable. At which point another congressman, Rep. Jared Polis, kind of lost his temper. In a really great way. 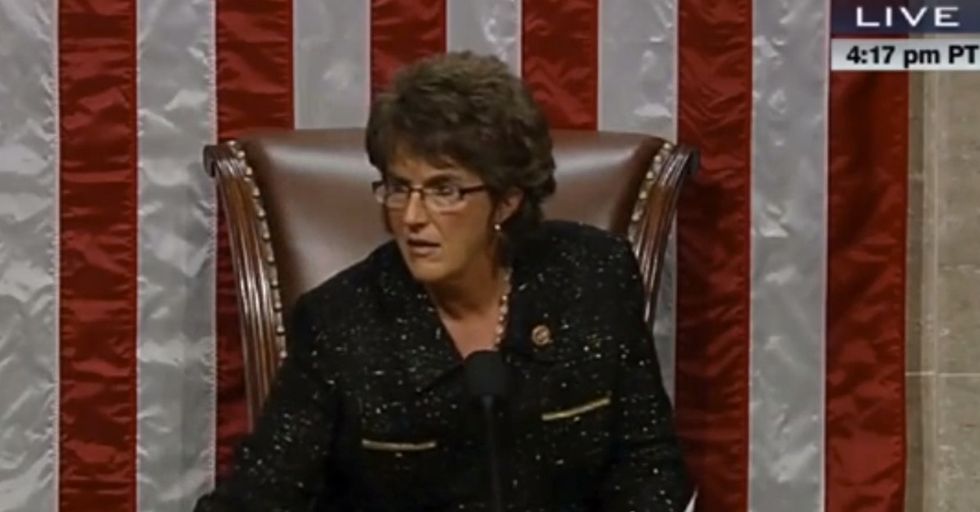 If you think it would be great if Congress did something — instead of literally nothing — you could share this.

The lengths people will go to discredit a political figure—especially a Black female politician—is pretty astounding. Since Kamala Harris was announced as Joe Biden's running mate, we've seen "birther" claims that she wasn't really born in the U.S. (she was), alternating claims that she's too moderate or too radical (which can't both be true), and a claim apparently designed to be a "gotcha"—that her ancestor in Jamaica was a slave owner.

According to Politifact, the claim that Harris descends from a slave owners is likely true. In their rather lengthy fact check on her lineage, which has not revealed any definitive answers, they conclude, "It seems possible that Kamala Harris is as likely a descendant of a slave-owner as she is an enslaved person." But that doesn't mean what the folks who are using that potential descencency as a weapon seem to think it means.