3 things you can do in your spare time to boost your confidence. 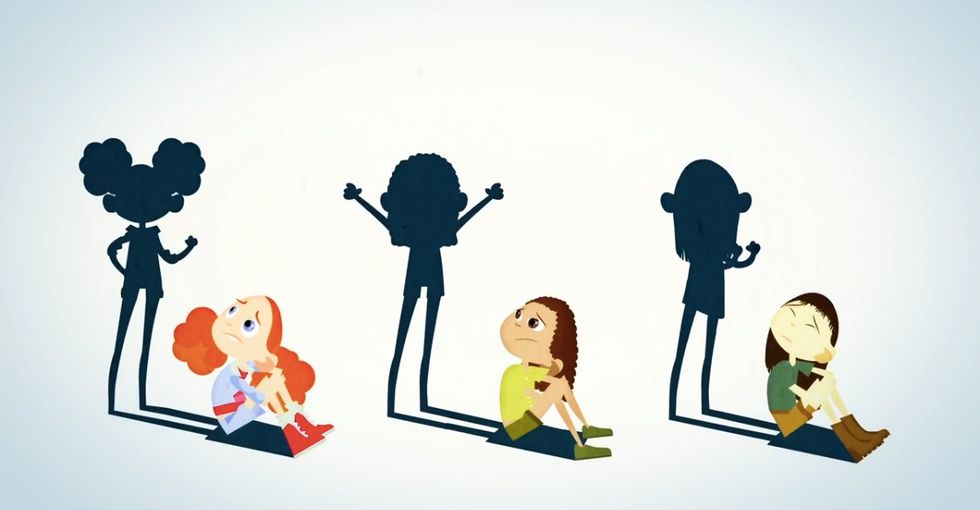 "The moment you doubt whether you can fly, you cease forever to be able to do it," wrote J.M Barrie.

That line — appearing in the 1902 "Peter Pan" precursor "The Little White Bird" — is a perfect look at the power of confidence. "The reason birds can fly and we can't is simply that they have perfect faith, for to have faith is to have wings," Barrie continued.

And while the latter part of his quote isn't exactly scientifically sound, it's not without merit.

For more than a century, we've remained fascinated with the story of Pan — the boy who never grew up, who lived without doubt. His is a story of pure, unfettered confidence. In a way, we all aspire to live a life so sure of ourselves.

A program from the first production of Barrie's "Peter Pan," staged February 1905 at the Duke of York's Theatre in London. Photo by Hulton Archive/Getty Images.

There are some major benefits to having confidence, and there are proven methods to boost it.

There's a saying that "confidence breeds success." But does it?

Science actually backs this up to a reasonable extent. Confidence can play a big role in how much success you experience in the workplace, in relationships, and even in your health. So let's take a look at how to get there.

And no, I'm not about to push some "power of positive thinking" type tips nor am I going to tell you to run out and pick up a copy of "The Secret." Instead, let's take a look at some science-backed suggestions to becoming a more confident version of yourself, based off of a video from the people over at TED-Ed.

1. Give yourself a quick confidence boost by striking a "power pose."

Did you know you that something as simple as striking a powerful, confident pose can trick your brain into actually feeling more confident? Well, it can. Really.

Try this: Next time you're feeling nervous about something — like a job interview, for example — try taking a couple minutes right before and adopting this pose: Stand straight up, push your shoulders back and chest out, and place your hands on your hips.

Studies have shown that this pose can lead to a short-term increase in confidence and reduction in stress. How does this work?

“Our nonverbals govern how we think and feel about ourselves. Our bodies change our minds," said Harvard Business School social psychologist Amy Cuddy in a 2012 TEDGlobal talk.

2. Convince yourself you have the ability to improve.

Now, this sounds like one of those "easier said than done" type suggestions, but it's actually not. Think about the things in your life you can't change and those you can. You can't change your eye color or your height, for example, but you can change your physical strength through training.

Ask yourself if your goal is something you have the power to improve upon (even if improving might be really difficult). Is your goal to become a better public speaker? That's something you can improve upon. A better interviewer? That's a skill that can be honed. Have more upper body strength? With training, that's possible, too.

What you'll find is that there are very few things in life truly set in stone. We all have our own limitations, but as long as we can remind ourselves that we're not stuck, we have incentive to stay motivated.

You're going to fail, and that's a given. What matters much more than whether or not you fail is how you react to that setback. Do you get up? Do you regroup, come up with a new strategy, and try again? Or do you just throw in the towel?

Take a look at Michael Jordan, for example. He's a six-time NBA Finals champion, five-time Most Valuable Player, two-time Olympic gold medalist, and 2009 inductee into the basketball hall of fame. To many, he's considered the greatest player to ever play the game of basketball.

Michael Jordan is arguably the greatest player of all time but also a huge failure. Photo by Tim DeFrisco/Allsport/Getty Images.

But he's also someone who's experienced a lot of failure. Check out this voiceover from a 1997 Nike ad.

"I've missed more than 9,000 shots in my career. I've lost almost 300 games. 26 times, I've been trusted to take the game winning shot and missed. I've failed over and over and over again in my life. And that is why I succeed." — Michael Jordan

By the time Jordan's career finally came to an end in 2003, his missed shots totaled more than 12,000. Few of us will ever be as good at anything as Michael Jordan was at basketball. We will all fail. But do we get up? Do we try again? That's up to us.

TED-Ed put together a great video with variations on these three tips you can check out below.