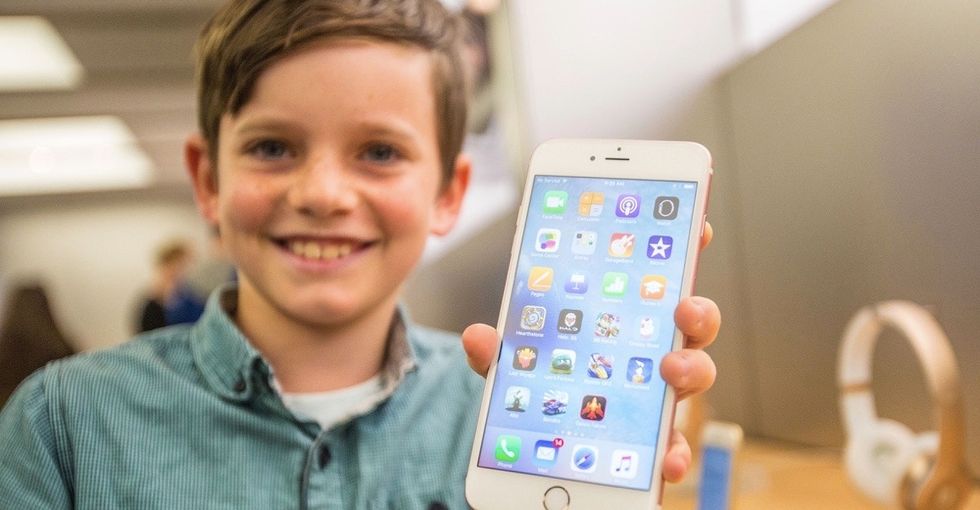 Some changes, such as the revamped Messages app, are bound to be appreciated more than others (sorry, Apple Music). There's one tweak, however, that users may not have even noticed: new emojis.

Yes, emojis, everyone's favorite cartoon substitution for words, got a new look in the latest update.

Nearly all of us use them (a 2015 survey found that 92% of online consumers use emojis). Whether you're tweeting, texting, shopping, or flirting, emojis are a useful way to express how you're feeling when words just don't quite get the job done.

Here's the evolution of the "Woman with bunny ears" emoji from 2011 to 2016 in iOS updates. Image by Apple.

As has been the case in previous updates, many existing emojis have been given a fresh new look. The bigger news here, however, has to do with the 100% new emojis that have been added.

For some time, people have been calling for more diverse emoji options, especially when it comes to gender. In this latest update, there's some big improvements.

Earlier this year, Always ran an ad campaign that addressed an inconvenient fact about how women were being represented in emoji-land. Even with just a quick glance, it's easy to see the problem: stereotypes. While men were shown as being detectives, police officers, construction workers, and doctors, women were represented as brides and princesses.

The latest update contains 37 new emojis — 17 of which are women.

All this is in addition to the ability to change emoji skin tone — something that was made available during a previous update. Now, men, women, boys, and girls will all have equal ability to express themselves in emoji form.

Is this a solution to the world's biggest problem? Of course not, but it's still a very good thing.

It's easy to ridicule anyone who says that this type of representation doesn't really matter; it's easy to roll your eyes at this change.

There are two important things to remember, however: first, that gendered stereotypes are learned at a young age, and second, that texting is one of the most popular forms of communication for young teens.

For a full breakdown of all the new emoji options, you can check out Emojipedia's iOS 10 changelog.

Be sure to check out other new options, such as the single parent emojis and some of the revamped styles.