When you walk the floor at night thinking about how women are treated, these people are, too. 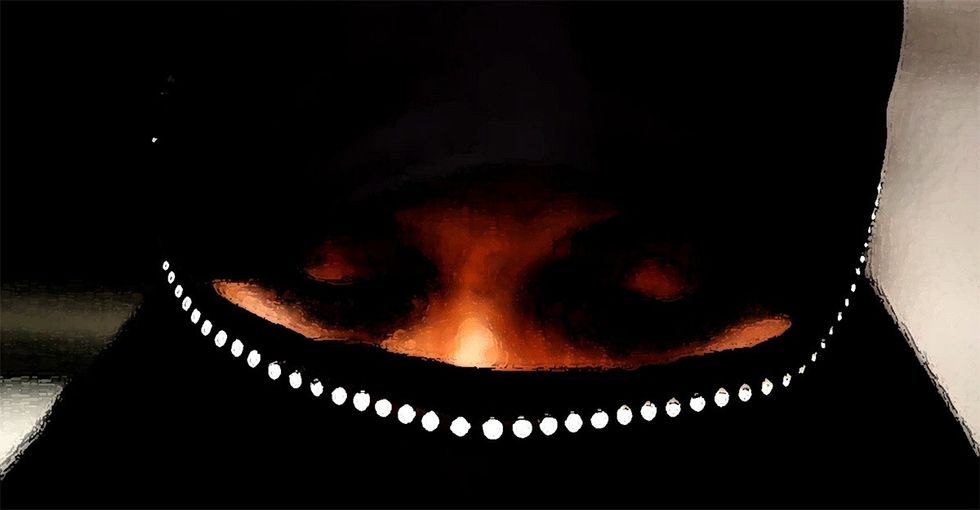 It's the answer to the central moral challenge of our time.

The oppression of women is finally starting to end.

What's changed is that women are confronting the abuse head-on.

They're doing it all over the world, empowered by the knowledge of each other's presence and struggle.

Two journalists wrote a best seller about it.

In 2009, journalists Nicholas Kristof and Sheryl WuDunn released "Half the Sky: Turning Oppression into Opportunity for Women Worldwide." It became a phenomenon.

"Women hold up half the sky." — Mao Zedong

They wanted to let people know and take heart from the exciting changes they were starting to see.

Half the Sky is now a movement.

Inspired by the book, the women and men of Half the Sky are committed to raising awareness of the problems women face and providing real solutions. Supporters have donated over $5 million to organizations supporting women and girls.

There was the movie.

The movement's first major video production is the "Half the Sky: Turning Oppression into Opportunity for Women Worldwide" film that ran in four parts on PBS. It's now available on DVD.

This is the trailer.

The show visited 10 countries around the world.

Kristof was accompanied by A-listers like America Ferrera, Eva Mendes, and Gabrielle Union. They met with women and girls struggling to overcome terrible obstacles and recorded their heartache and triumph.

These are intimate and powerful stories you won't want to forget.

Half the Sky also has a Facebook game that's a lot more than fun.

The game raises awareness about real issues, but here's the best part: Players unlock real-world donations from Half the Sky partners during gameplay.

There are also mobile games for developing communities.

Of the 3.5 billion cellphones in the world, over 65% of them are in developing countries, and Half the Sky is helping to produce and distribute games for these phones that teach about important local topics.

There are three mobile game apps so far.

In January 2015, PBS debuted another Half the Sky program.

This one is called "A Path Appears."