When the Harris family lost their baby, a photographer stepped in to honor his memory. 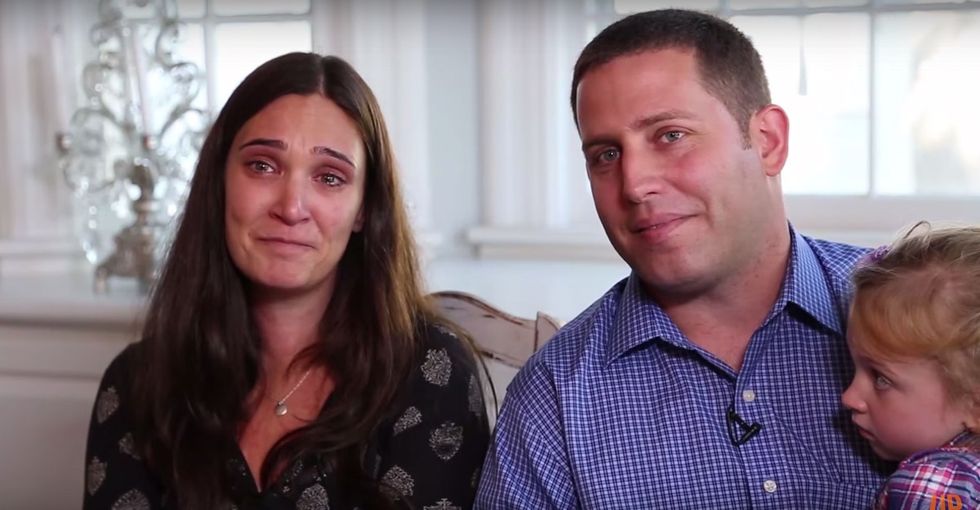 Solace can be hard to find in times of grief.

Which is why Now I Lay Me Down to Sleep is so incredible. The organization is made up of photographers who capture perhaps the most painful moments of parents' lives in a beautiful way that honors those families and the babies they've lost.

When new parents aren't able to bring their babies home from the hospital because they're stillborn or pass away shortly after birth, these professional photographers step in, volunteering their time and talent. At the families' request, Now I Lay Me Down to Sleep provides free images that, as the organization explains, "serve as an important step in the family's healing process by honoring the child's legacy."

A touching video tells the story of the Harris family, who experienced the loss of their son, Brendan Noah. It's worth your time to scroll down and watch because it's difficult to put into words the emotion it conveys. But if you're unable to, here is their story.

On Christmas morning, Lauren and Jason Harris learned they were expecting a baby.

They were thrilled, and soon-to-be big sister Delaney was excited, too. "She would call the baby Twinkle," Lauren said. "[She] said he was a star in the sky." As precious as that name is, the family decided their new baby, who they later learned would be a boy, would be named Brendan.

Fast forward almost seven months. Lauren woke up one morning in July and felt like something was wrong. They went to the hospital, where they suffered a terrible loss: Brendan was stillborn.

The hospital contacted a photographer from Now I Lay Me Down to Sleep at the Harrises' request. It's impossible to capture the pain of a loss that big. But because of the organization, the family has photos to remember their baby.

Photography by Susan Cook, owned by the Harris family. Used with permission in the video.

"When I look at the photos, I'm brought back to that day," Lauren said. "And it was a horrible, horrible day. But at the same time, it was the day that I met my son."

As Jason put it, "Even though it was a difficult time, we're able to see the beauty in the photos ... and remember that ... was the one time my family was complete — that we were together as a family of four."

Susan Cook, a volunteer with Now I Lay Me Down to Sleep, received a call from a labor and delivery nurse who was with the Harris family.

"When you see that number, you do sort of ... take a big sigh because you know what that means. It doesn't mean something good," Susan said.

Susan Cook takes on the difficult task of helping families capture a painful but important moment so that they have photographs of their children.

"I've thought about why would I do this," she continued, "and the only thing I can say is that I always feel like it's an honor to be there. This is a situation where I can do something. How amazing is that? We don't get that opportunity often. So I think if you can do something and you have that skill set — that I happen to be a photographer — that's amazing for me."

Now I Lay Me Down to Sleep has over 1,700 professional photographers who volunteer their time and expertise to preserving precious memories for families who have lost their babies.

For heartbroken parents, they truly offer a priceless gift — capturing a moment of togetherness, of remembrance, of family.

You can learn more about the valuable services they provide by visiting their website, and you can watch the Harris family's story.