I Know We Do This Differently Now, But These 12 Images Didn't Make Me Feel Any Better

Us industrious humans have altered over HALF of the face of the earth. Whoa. Here's one way we do it. 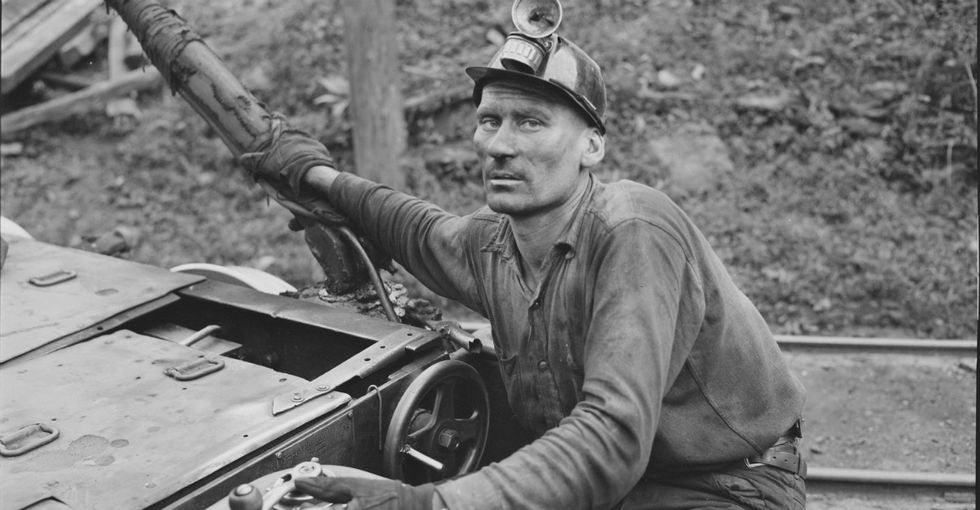 What you're seeing: Going after coal in the densely forested Appalachian Mountains, mining companies peel back the earth to expose a layer cake of coal seams. Based on data from the Landsat 5 and Landsat 7 satellites, these nine images track the cancer-like growth of the Hobet mine in West Virginia as it spreads from ridge to ridge between 1984 to 2013. The disturbed area is some 10,000 acres, and growing.

Zoom 1: Coal companies remove the tops of mountains using explosives and machinery to move massive amounts of earth, exposing the coal seams. Mountaintop removal uses far fewer workers than underground coal mining, and it really took off after the oil crises in the 1970s when companies started seeking more economical ways of mining U.S. coal (i.e., paying fewer workers). Ironically, the use of MTR expanded again in the 1990s as a result of the U.S. Clean Air Act because the technique harvests a cleaner-burning form of coal than deeper underground mining,

Zoom 2: The remains of the mountaintops are piled into nearby stream valleys. The largest of these massive dams approach 800 feet in height and swallow more than a mile of streambed.

Zoom 3: By far the biggest environmental impact from MTR mining is the burning of all the coal dug up to provide our electricity (with all the attendant issues of air and water pollution and mercury poisoning etc., etc., etc.). But living near one of these mines brings a whole package of other health threats, perhaps most famously "acid mine drainage," which leaches from the mines, turning streams orange, killing fish and other life, andsmelling really, really bad.

Learn more here or here, and you'll definitely want to check in with these guys.