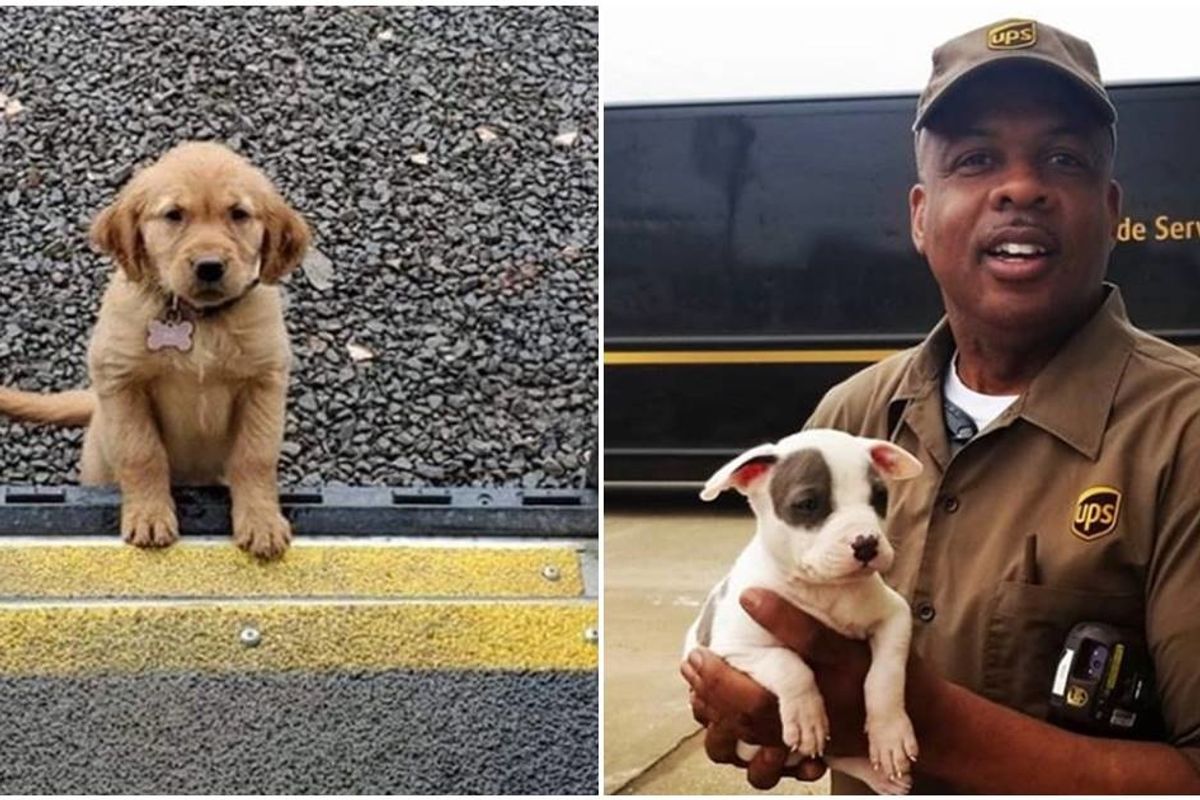 If you thought that all postal workers and dogs were mortal enemies, it turns out, they're not.

Since 2013, United Parcel Service drivers have been sharing photos of their favorite dogs they meet on their routes. Some are old friends they have known for years others are new dogs that stole their hearts.

They have a Facebook group that's open to the public as well as an instagram page. Both are run by UPS drivers themselves and not UPS corporate.

"When time permits, drivers snap a photo and send it in to UPS Dogs," the Facebook page reads. "Our followers love the photos and the stories told as we share our love of these special relationships with these lovable creatures."

The result is one of the cutest, most wholesome things you'll ever see in your life.

Here are 17 of our favorite photos from upsdogs Instagram page.

RELATED: Four guys asked their new neighbor if they can walk her dog, and the dog wrote back

Driver and a puppy in Central Illinois.

RELATED: Speech pathologist teaches her dog to use a soundboard and now it communicates in sentences

Gunner and his favorite UPS driver.

Hmmm. Not so sure if both of those animals in Yelm, Washington are dogs.

Foster the puppy in Lancaster, Pennsylvania.

Kobe and her favorite driver, Jeannette.

His name is Barley from Union Mills, North Carolina and he loves treats.

From Your Site Articles
Related Articles Around the Web
upsdogs