Trump protests in the U.K. began with a massive women's march. 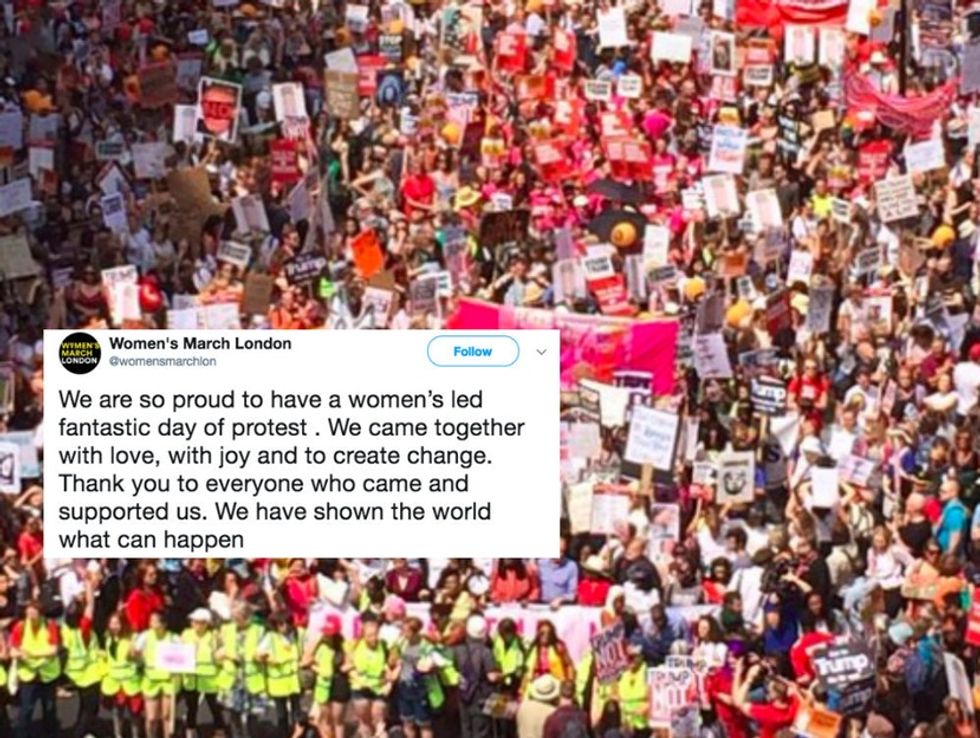 Once again, women are leading the way against Trump.

The protests over President Trump's visit to the U.K. generated a lot of attention; Trump himself said they made him feel "unwelcome." But it's about more than just giant "Trump baby" balloons.

The protests organized around his visit kicked off with a large-scale march organized by and focused on women. And it was a major success.

The Women's March on London started two hours before the "official" #DumpTrump protests began. Though they were primarily focused on women's issues, the organizers made a point of being inclusive across all identities. Afterward, they shared their "fantastic day of protest" and the support in creating change.

The protesters weren't just inclusive to those in their own country: Several people who marched held up signs emphasizing that while they are "anti-Trump," they are also "pro-America."

And the Women's March organizers have been mindful to give thanks to those women in America who helped lead the way, writing on their site: "The U.S. election proved a catalyst for a grassroots movement of women to assert the positive values that the politics of fear denies."

The marches aren't just about Trump as an individual: U.S. policy decisions can have a major impact on people across the globe. And Trump and his administration are continuously putting forth policies and making decisions that threaten the lives of people far and wide.

When women take to the streets in London to protest Trump, they are making their voices heard on a multitude of issues, at home and abroad.

Trump likes to brag about big crowds — and the London protest certainly was one.

In fact, it was massive, with some involved even delightfully saying it was bigger than Trump's own inauguration crowd.

The world is watching and peacefully speaking out against Trump's policies both at home and across the world, with women once again leading the way.