'This is the face of domestic violence.' Megan Montgomery's tragic story is far too common 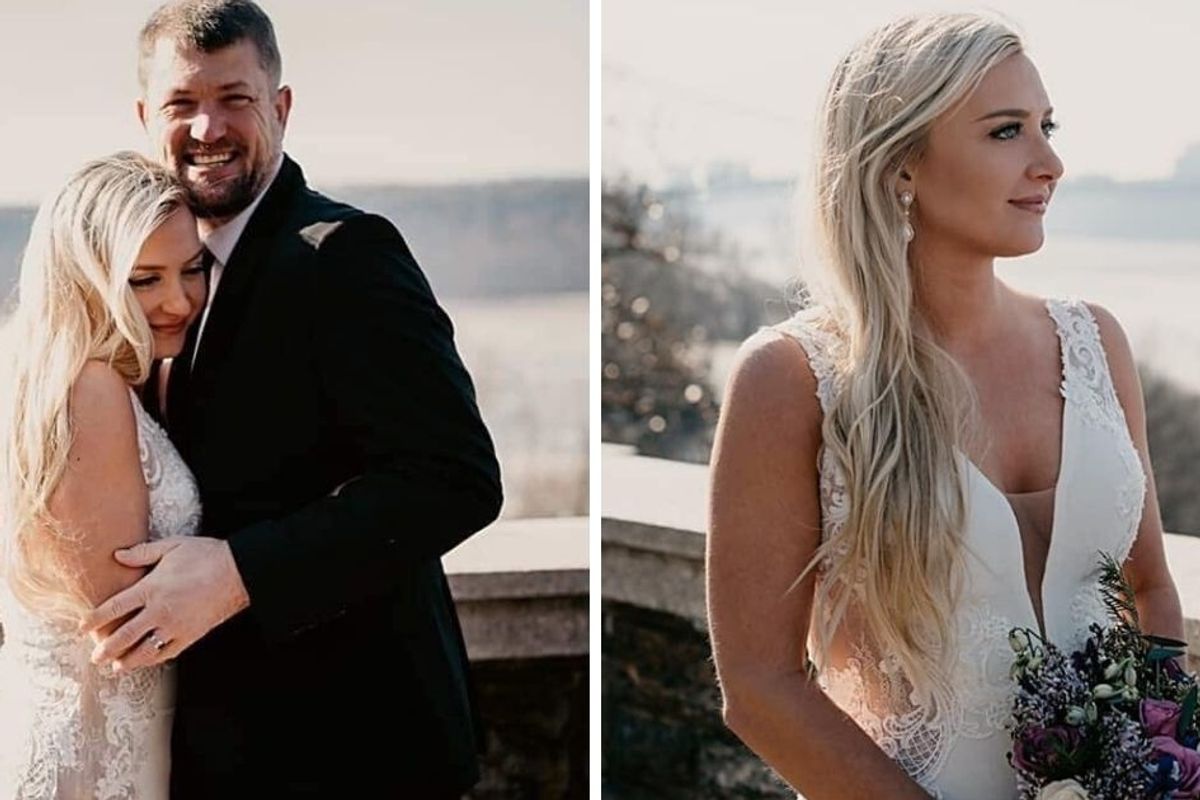 If you were to look at Megan Montgomery's Instagram account, you'd see a beautiful, smiling woman in the prime of her life, her youth and fitness the envy of women the world over. You'd even see some photos of her with her husband (#datenight), with comments saying things like "Aww, gorgeous couple!"

But beneath her picture perfect feed was the story of a woman in an abusive relationship with her husband—one that would start with his arrest shortly after they got married, and end 10 months later with him shooting her to death in a parking lot.

In a Facebook post, one of the people who was out with Megan the night of her murder detailed how her estranged husband had come to their table, put his hand on her neck and shoulder, and escorted her out of the building.

She went with him willingly, but anyone familiar with abusive relationships knows that "willingly" is a subjective term. He had reportedly threatened mass violence before. Perhaps she was trying to protect the people she was with. Perhaps staying felt more dangerous to her than going with him.

RELATED: Australia is banning entry to anyone found guilty of domestic violence anywhere in the world.

The couple reportedly had a volatile relationship from the start, and at one point both had restraining orders against the other. Regardless, she was killed by the man who had claimed to love her, an ex-cop who had been arrested for domestic violence and had bailed out multiple times prior to that evening.

Feminist News wrote the gist of Megan's story on Facebook, sharing photos from the couple's wedding to illustrate how invisible domestic violence can be to those outside of it. "THIS is the face of domestic violence," they wrote.

But what was perhaps most striking about the post was the deluge of comments from women describing their own experiences with domestic violence. Comment after comment explaining how a partner always made them think the abuse was their fault, how restraining orders were repeatedly violated, how they were charmed and loved into questioning whether the verbal abuse or physical violence was really that bad. Story after story of how they didn't see it coming, how slowly and insidiously it escalated, how terrifying it was to try to leave.

Those of us who have not been in abusive relationships don't always understand why people don't leave them. But the dynamics of abuse—the emotional manipulation, the gaslighting, the self-esteem destruction, the fear and shame—are well documented.

Unfortunately, those dynamics can prove deadly. Domestic violence murders have been on the rise in recent years, going up 19% between 2014 and 2017. And sadly, our justice system does not protect domestic violence survivors as well as it should.

Part of the challenge of prosecuting in domestic violence cases is that victims are not always willing to cooperate, either out of fear or shame or embarrassment, or unhealthy loyalty. According to some estimates, domestic violence victims recant their testimony up to 70% of the time. That's why some are pushing for evidence-based prosecution without requiring victim testimony, much like we try murder cases.

But some, like University of Maryland law professor Leah Goodmark, argue that pushing for more law enforcement hasn't proven to reduce domestic violence rates. Addressing issues of poverty, childhood trauma, attitudes toward gender equality, and other risk factors for domestic violence may be more effective by stopping violence before it starts.

While abuse happens to both men and women, women are more likely to be victims and much more likely to be murdered by a partner. Thankfully, there are many resources for domestic violence survivors to seek help, whether you're trying to determine if your relationship is abusive or trying to figure out if, when, and how to leave. The National Domestic Violence Hotline (www.thehotline.org or call 1−800−799−7233) has a wealth of information on domestic violence and what to do about it. The website even has a live chat where you can get your questions answered and receive assistance making a safety plan for you and your family.

If you are afraid of your partner or other loved one, there's something wrong. No one should live in fear of the people who are supposed to love them the most.