This husband spent $800 saved for vacation without asking his wife. Her reaction is great. 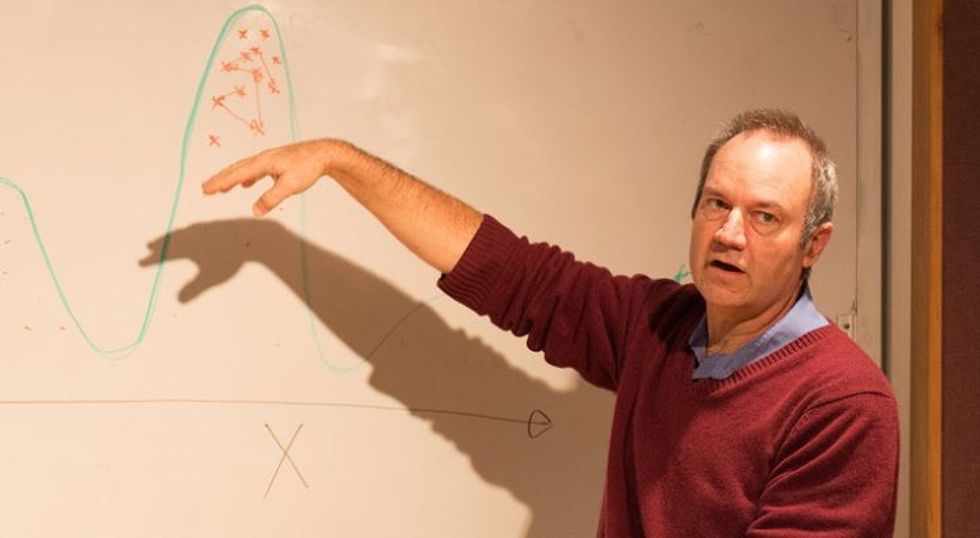 When you're working a full time job, attempting to wade through the news cycle, and keeping up a long-term romantic relationship, an annual vacation can be the difference between complete burnout and survival.

In the scheme of everyday life, it's no small thing to forgo that privilege for the greater good, and yet, that is precisely what a teacher on Imgur did when he saw a student in need.

Basically, this teacher noticed over time that one of his students consistently wore the same outfit. At first, he assumed it could've been a matter of style or preference, but as the winter months approached it seemed potentially dangerous.

Since he was concerned about his student's safety in the cold — wearing just a hoodie and sneakers, the teacher asked his student to stay after class for a chat.

He soon found out his student lives with his grandpa and juggles a job at Chick-Fil-A with classes, barely making ends meet. Because of the tight financial situation at home, the student hasn't been able to afford any proper winter clothing.

Without skipping a beat, the teacher offered his student $800 to help with clothing and food needs.

However, that cash came straight from the vacation fund for him and his wife, so he had to find a way to break the news to his wife.

Luckily, his wife was immediately on board with the decision once she heard his reasons for cutting into their vacation fund.

In fact, his wife was so empathetic to the situation she suggested they invite the student and his grandpa over for Christmas as well.

This wholesome exchanged briefly warmed the icy cockles of the internet's heart.

This article originally appeared on our partner site, someecards, and was written by Bronwyn Isacc.

Keep ReadingShow less
humane society
Get stories worth sharing delivered to your inbox
By signing up you agree to Upworthy's privacy policy.
Joy