This heroic rescue pup saved dozens of lives. Now there's an adorable statue in her honor. 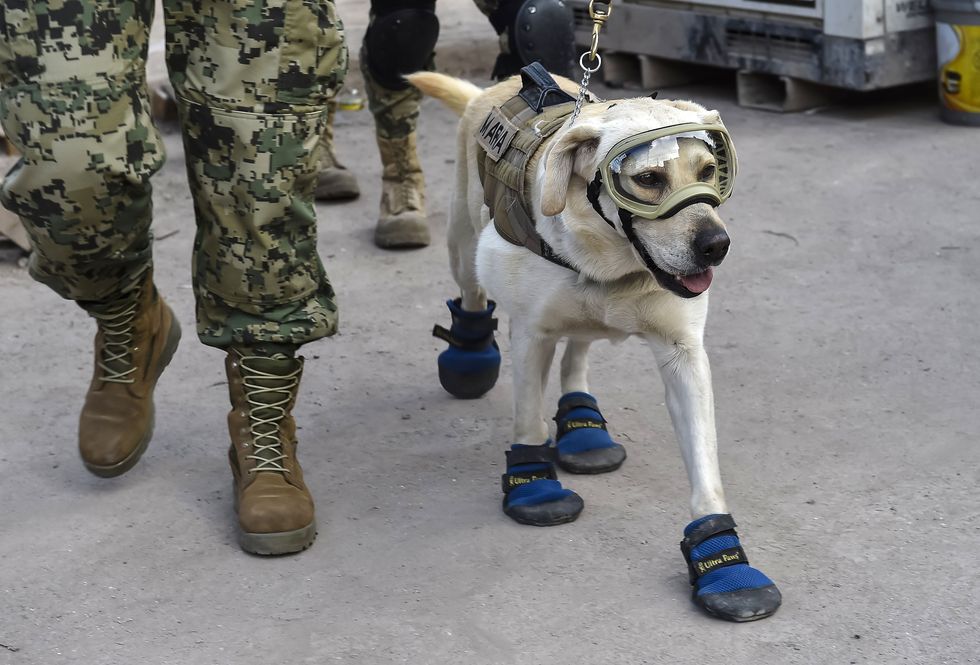 We all know that dogs are man's best friend, but Mexico is making the friendship official.

On July 19, the Mexican government revealed a statue of Frida — a rescue dog who saved 12 lives after strong earthquakes there last September — and her trainer Israel Arauz at the Parque Ecológico in Puebla.

The placard on the statue says, "Memorable symbols of the strength that Mexicans can have when we decide to unite for a greater cause.”

Frida became a national hero after years of rescuing people from disasters in Mexico.

The Labrador retriever, a member of the Mexican Navy's canine unit, has reportedly saved more than 50 lives throughout her career. Her latest rescue mission was to save people from the rubble in response to the 7.1 magnitude earthquake in Oaxaca that killed at least 355 people.

Mexicans found Frida to be a glimmer of hope in the wake of disaster. In addition to the statue, Frida was also awarded the Pagés Llergo prize for her work in the earthquake rescue mission.

People took to Twitter to express their support, and others drew pictures to show their gratitude to the rescue dog.

Search and rescue dogs have been on the frontlines for many years, and we're eternally grateful for them.

Dogs like Frida don't only help out with natural disasters — they've helped save lives and served as comfort animals in tragedies ranging from the immediate aftermath of the 9/11 attacks and the Parkland school shooting.

In addition to providing comfort and relieving anxiety, dogs have special skills making them well-suited to this kind of work. For example, according to experts, one search and rescue dog can do the work of about 20-30 human searchers.

After all, their adorable snouts aren't just for booping: A dog's nose is thousands of times more sensitive than a human nose. With proper training, they can pick up scents from shedded skin cells and effortlessly track people down. They also have much better hearing than people do.

You can learn more about Frida here: