This glacier was featured on a postcard in 1900. A camera captured where it is today. 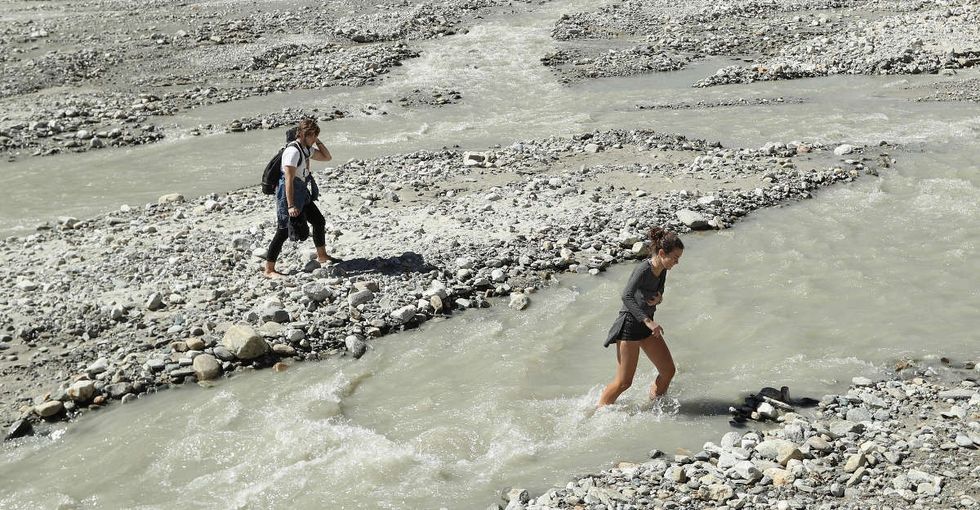 This article originally appeared on 3.11.17

116 years ago, the Pasterze glacier in the Austria's Eastern Alps was postcard perfect:

Photo via Library of Congress/Wikimedia Commons.

Much of it has changed for the better! We've eradicated smallpox, Hitler is dead, and the song "Billie Jean" exists now.

Unsurprisingly, man-made climate change has wreaked havoc on the planet's glaciers — including the Pasterze, which is Austria's largest.

Just how much havoc are we talking about? Well...

A series of stunning photos, published in August, show just how far the glacier has receded since its heyday.

First measured in 1851, the glacier lost half of its mass between that year and 2008.

A marker placed in 1985 shows where the edge of the glacier reached just 31 years ago. You can still see the ice sheet, but just barely, way off in the distance. In between is ... a big, muddy lake.

The view from the glacial foot marker from 1995 — 10 years later — isn't much more encouraging.

Even in just one year, 2015, the glacier lost an astounding amount of mass — 177 feet, by some estimates.

Ice continues to melt daily, and while the dripping makes for a good photo, it's unfortunate news for planet Earth. Glacial melting is one of the three primary causes of sea-level rise.

According to a European Environment Agency report, the average temperature in the Alps has increased 2 degrees Celsius in the last 100 years — double the global average.

Beautiful, but ominous, fissures in the glacier.

It's not unreasonable to assume that that's why this mountain hut has been abandoned by the flugelhorn-playing children who once probably lived in it.

Is there anything we can do to stop climate change besides look at scary glacier photos?

Climate change is, unfortunately, still a robust debate in the United States as many of our elected officials refuse to acknowledge that we humans are the ones doing the changing. As of last year, that list included a whopping 49 senators. Calling them to gently persuade them otherwise would be helpful. Not voting for them if they don't change their minds would be even more so.

There is some tentative good news — the Paris Agreement signed in December 2015 commits 197 countries, including the U.S., to take steps to limit future global temperature rise to 2 degrees Celsius. While it may be too late for the Pasterze glacier, if we really commit as a world, we might be able to stop ourselves from sinking whole countries and turning Miami into a swimming pool and stuff like that.

And who knows, with a little luck, and a little more not poisoning the sky, we just might recapture a little of that Alpine magic one day.

OK, these guys are Swiss. But who's counting?