They Asked This Famous Actor About The World. His Answers Were One Truth Bomb After Another.

Obviously he wasn't necessarily dressed for this video to go viral (or was he?!) —but if you just listen ... wow. 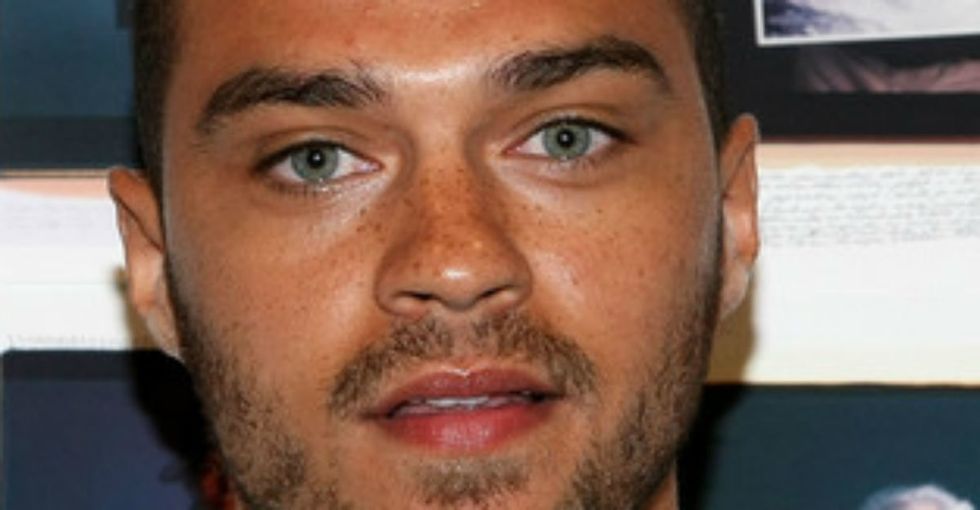 At the end of this, you're gonna be *pretty* mad at houses.

So who is this guy?

Some are saying that Jesse Williams is this generation's answer to Harry Belafonte.

Yes, they're both card-carrying members of the Handsome Actors' Club...

They both support protests. Both in their presence ...

"Bring it on. Dissent is central to any democracy."

Williams' thoughts on protests in Ferguson.

Incredibly proud of the progress before me tonight. Hard working, young people full of love & pain on a move. #FergusonOctober
— jesseWilliams. (@iJesseWilliams) October 13, 2014

Harry Belafonte was NOT a former high school history teacher who loved wearing hoodies and looking like the world's most handsome version of E.T.* while discussing race in America.

*Harry Belafonte was other cool things, but he was never a handsome E.T.

That's where Jesse Williams rolls up.

Someone asked him about the world, and he let LOOSE. What I love about his mini-dissertation on the real world is its BREADTH.

It starts one place...

He's talking about his experience with his family, which is half white and half black:

Then he takes a sharp turn to the relevant history of gay rights.

Williams talks about how when he was young, there was a lot of meanness and discrimination against gays. BUT...

He makes a slight right toward a celebration of AWKWARD CONVERSATIONS! And a willingness to have them.

Yep! Awkward and good for the world.

Then a hard stop at the "Biggest Secret of the 20th Century" from Mr. Williams, former high school history teacher.

He gets *real* high school teachery and it's soooo satisfying:

Oh your teacher didn't teach you that? Mine didn't either, and they were really good teachers! Good thing Mr. Williams has us both covered.

You mad at houses yet?

There are SO many more lessons in the video up top. Lessons you should know. That have been kept secret for TOO long.

If you have six minutes to grow your brain at LEAST six times its size, just give it a listen — because right now, listening is one of the most powerful things you can do.

We all deserve to know these things.