These gorgeous wildlife photos were retouched to show the effects of climate change. 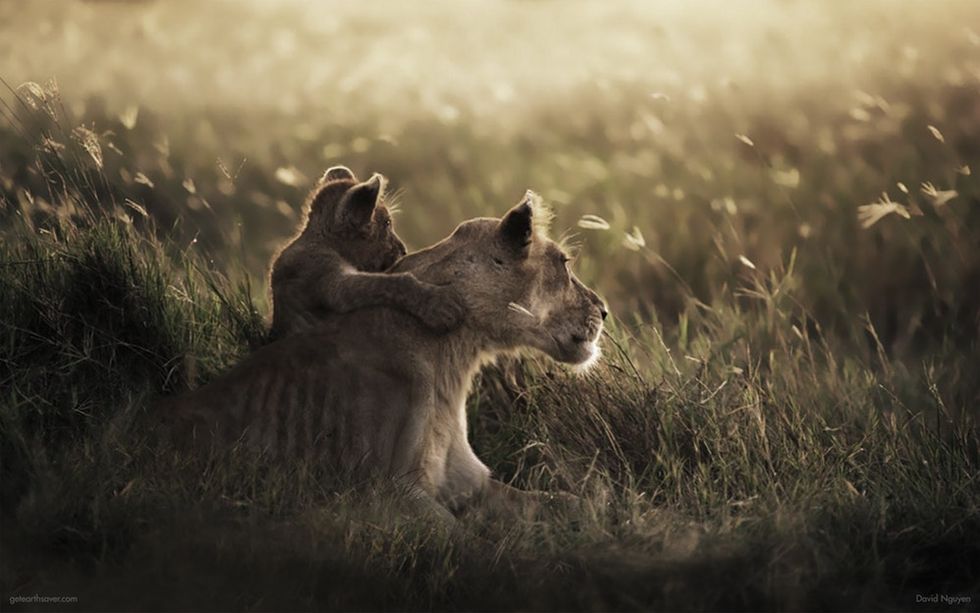 On Earth Day we're reminded how precious our planet is and what will happen without meaningful change.

You probably don't spend much time thinking about your computer's screensaver. But what if something so simple could help make a difference for endangered wildlife around the globe?

Graduate student Lauren Race and three creative partners (Carl Jannerfeldt, Beth Kushner, and Nancy Black) retouched some of the most common screensaver images to reflect what they might more accurately look like due to the effects of climate change.

"There had been a discussion about how the current Mac screensaver images almost looked too perfect, too pristine," Race says. "They were beginning to feel obsolete due to climate change."

The updated images are a harrowing reminder of what's happening to the planet and everyone who occupies it.

The ensuing project became Earthsaver, which uses the images to raise awareness and funds for the World Wildlife Fund. Those who download the images for their computer are taken to a direct donation page, where they can support the WWF, which is currently raising funds aimed at adding 3,000 new members to its roster of supporters before April 22.

Race and her partners worked with 17 creative retouchers to update each image in a way that accurately reflects how the artist sees the original composition being affected by climate change. Images in the Earthsaver collection include:

A whale and other fish dwarfed by a looming set of plastic drink rings:

A polar bear is replaced with a plastic bag:

Tourists visit the last of the dwindling ice caps:

A mother lion and her cub begin to starve from lack of available food:

Nonetheless, even stark messages can carry a ray of hope.

It can be difficult to look at these images, even knowing they are photo illustrations. However, the impact they show is a real possibility, and may soon become reality if more isn't done to stop the increasing effects of global climate change.

These images are also an opportunity for hope.

Organizations like the WWF are working every day to change the narrative of our wildlife and environment. And we can help that change — even by something as simple as updating the backdrop images on our computers.

"We know that downloading a screensaver that displays extremely depressing nature images drifting across your computer screens every day is a tall order," Race says. "For us, getting a conversation started and donating to the WWF is more important than downloads."

You can view and download all 17 of the Earthsaver images here and donate directly to the WWF here.