These 21 bedrooms from across the world will help you understand millennials. 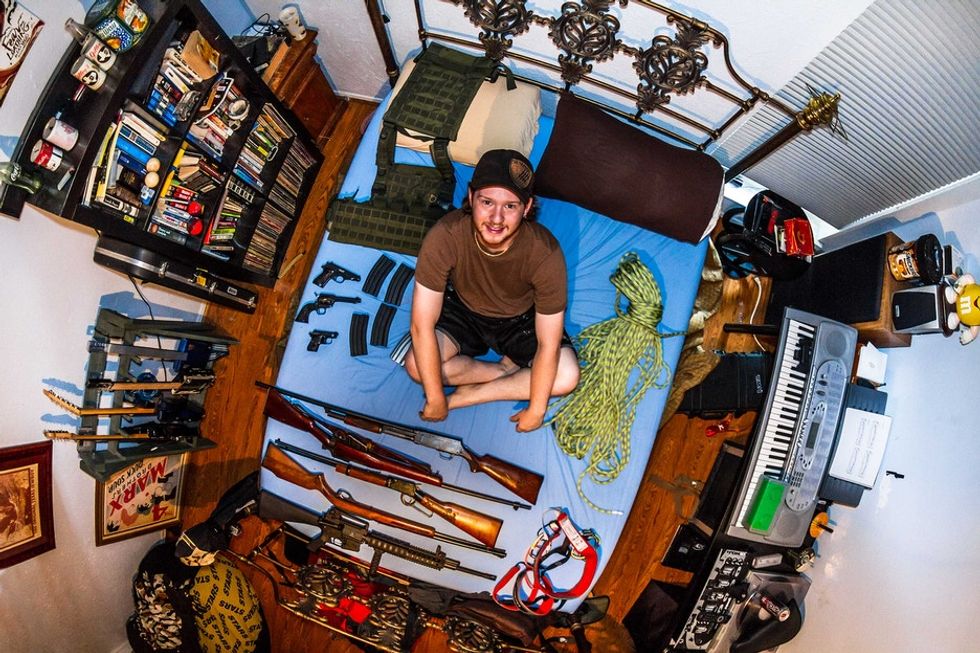 What can you learn about someone from seeing their bedroom?

There are all kinds of theories about how things like color and clutter can convey everything from romantic viability to mental health and so much more. But suffice to say: Those private places where we rest our heads can sure reveal a lot.

As part of that vaguely-defined group of '80s and '90s babies known as "millennials," Thackwray saw firsthand how technology was changing the world at increasingly rapid rates and began to wonder about the impact that was having on his generation all around the world. What was the relationship between internet connectivity and inequality and things like education, women's rights, and poverty?

What better way to find out than to look at people's bedrooms?

A map of everywhere that Thackwray shot a "My Room" photograph. ​All photos by John Thackwray/My Room Project.

Over a period of six years, Thackwray photographed and interviewed more than 1,200 young people in their bedrooms (or other sleeping spaces) in 55 different countries.

Like him, they were all millennials. Thackwray found his subjects with the help of friends, social media, and local NGOs — although he did occasionally ask random people on the street if he could photograph their bedrooms, which was just as awkward, and as dangerous, as one could imagine.

But it also helped him learn a lot along the way.

"Each person has their own story and they can talk about something that is wider and more universal. [...] such as living into the war, adoptions, the traditional values, the rural exodus, or the African unity for example. I’m trying to do a big story in a small one," he explained.

Take a look at some of Thackwray's personal favorites and see for yourself what kinds of patterns or other surprising things you notice.

These photos are all clearly similar in their bird's eye views of smiling subjects. But they have more in common than one might notice at first glance.

"Most of them share an access to Internet and social network, including Saudi young women and farmers in the African bush. This is definitely the connected generation," Thackwray said. "And something important to keep in my mind is that this is the youth who is designing the world of tomorrow."

They also all have items of personal significance that they keep close to them — which perhaps isn't surprising, but is still a moving reminder that we all fall into the same habits, and seek those small moments of happiness in surprisingly similar ways.

The private places where people sleep reveal a lot about us as individuals. But viewed together, they make a powerful statement about how we all seek solace and serenity, despite our differences in race, religion, gender, career, income, and experience.