The trauma will be long-lasting for kids separated at the border. Here's what you need to know. 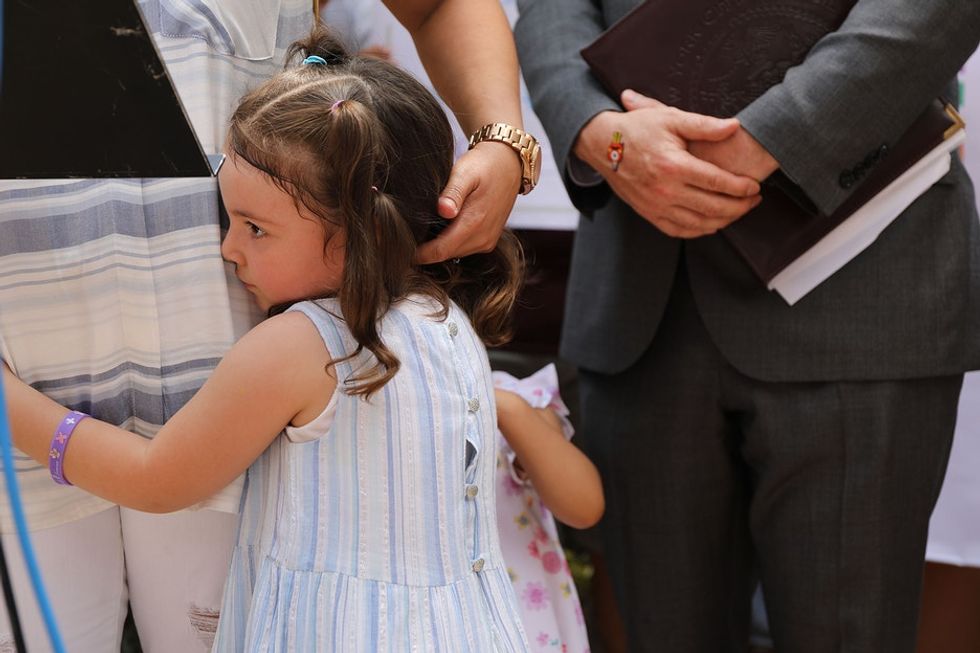 The Trump administration's "zero tolerance" policy has been horrifying.

More than 2,300 children have been separated from their parents at the border — and people across the nation are outraged. The widespread response raised more than $18 million to aid separated families and even forced President Donald Trump to sign an executive order to detain families together rather than separately.

Progress is being made, but the trauma these children have undergone will have dangerous long-term consequences.

The path to reunification for these children is fraught with uncertainty. And no executive order can undo the trauma these children are experiencing right now.

Even brief separations from parents and families can leave lasting, persisting impressions on young minds. When these separations are lengthy, they cause an anxiety that puts children at risk of any number of psychological syndromes from separation anxiety to depression to post-traumatic stress disorder and beyond.

In the past several weeks, stories of separation trauma have flooded the news, and their message is clear: The horror of being torn from one's parents has lifelong effects. The granddaughter of a man who was separated from his parents at Angel Island in the 1930s wrote that her grandfather felt the pain of a 34-day separation at age 9 for his entire life. He spoke about that separation even up until to the week before his death.

Writer Dell Cameron, who was sent to foster care during a custody battle, notes that workers at such centers often have no understanding of the children they're caring for. When these kids inevitably act out as a response to their emotional stress, they are punished. "Hope is what I lost as a child. It was destroyed by the state," Cameron wrote. "Detaining children when parents love them and want them is a crime against humanity."

Even when children are reunited with their parents, their sense of safety can be forever altered.

For many years, it's been assumed that children bounce back from trauma like this fairly quickly. They may not understand it, the reasoning went, and they might even forget it. But empirical evidence has shown that to be untrue: Sudden separation can alter brain functioning.

Recent research has made it clear that the trauma of being torn away from a primary caregiver can affect not only social relationships and academic performance in childhood but also follow the individual into adulthood, altering every aspect of their existence, from their ability to connect with others to their careers.

Yoka Verdoner, a child survivor of the Holocaust, recounted her experiences of being sent into hiding during World War II and how what happened to her at age 7 affected her development permanently. "In later life, I was never able to really settle down," she wrote for The Guardian. "I lived in different countries and was successful in work, but never able to form lasting relationships with partners. I never married."

Verdoner's sister, who was 5 at the time of the separation, has suffered from a depression that Verdoner describes as "lifelong and profound." Her brother, now in his 80s, is still trying to process what happened. His anxiety has made it difficult for him to function. "He revisits the separation obsessively," Verdoner lamented. "He still writes about it in the present tense."

The American Psychological Association and the American Academy of Pediatrics have both condemned and denounced these kinds of separations as harmful and inhumane. "Separating children from their parents contradicts everything we stand for as pediatricians — protecting and promoting children’s health," reads a statement from AAP president Dr. Colleen Kraft. "We can and must do better for these families. We can and must remember that immigrant children are still children; they need our protection, not prosecution."

Children can heal from trauma — but there is no quick fix or easy solution.

Though trauma can't be undone, it can be healed. But that takes time and understanding. Children must be reunited with parents as quickly as possible and given care by practitioners who are trained and skilled at working with marginalized youth. They must be given hope — as they were when hundreds of New Yorkers showed up to support them at LaGuardia Airport.

Most importantly, we must keep our elected officials accountable for the choices they make in the near (and distant) future. The separation of children from their parents may be ending, but family internment is not a viable or humane solution. Those seeking asylum aren't criminals. Kids, especially, are not at fault.

Our voices have power. We must take action to put to end this injustice.