The internet rallied behind a mom who wants Highlights to show gay parents. 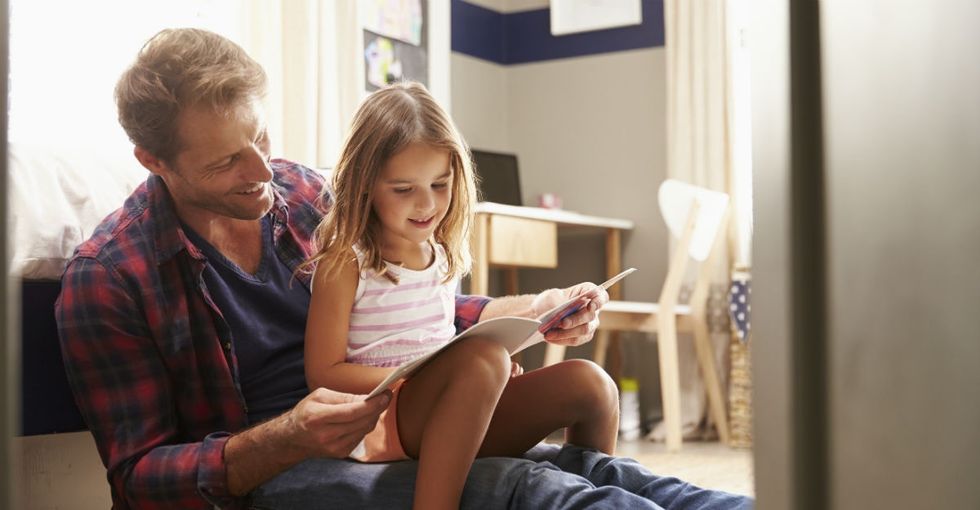 Kristina Wertz‎ is a fan of Highlights' "Hello" magazine for kids. Her 1-year-old daughter adores it.

But, earlier this week, Wertz posed an important question on the publisher's Facebook page: Where are all the LGBTQ parents and families?

"One of the reasons we appreciate Hello is the diversity represented — families of all races, interracial families, and grandparents," wrote Wertz, who is in a same-sex relationship. "We are consistently disappointed, however, in the complete lack of same-sex parents in Hello magazine."

Wertz's message didn't go unnoticed by the publisher, who responded in the comments.

The response didn't go over well with fans of the Highlights for Children Facebook page.

Although the comment wasn't blatantly homophobic, it showed the publisher certainly wasn't planning on doing all that much to address Wertz's concerns.

Scrolling through the thread, you can see lots of mentions of "disappointment" and talks of ending subscriptions unless more is done to include LGBTQ parents and families.

Many comments brought up the point that Highlights seemed to miss: Representation matters. And — being a publisher with a large readership base of impressionable children — the stories Highlights tells make a big difference.

Whether it's including interracial couples in cartoons, giving girls a chance to see female surgeons and political leaders in their coloring books, or reading a tale about a prince who falls in love with another boy, our kids deserve to see fair, positive versions of themselves and their families in the world around them.

Wertz summed that up nicely in the conclusion of her post:

"Since becoming a parent, I feel keenly aware of the messages kids’ books send to tiny minds. There is a deep need for books that positively reflect back the diversity of the world around us and I hope that Highlights embraces that diversity because we would love to keep it in our little one's life as she grows."

In response to Highlights' flubbed response, a hashtag cropped up on Twitter, #HighlightLGBTFamilies, so users could chime in with kids books that are LGBTQ-friendly.

The good news is, this story has a happy ending: Highlights apologized for "evolving too slowly" on the issue of LGBTQ-inclusiveness and promised to do better down the line.

Here is a portion of the statement posted to the publisher's website (emphasis added):

"In the last several days, Highlights for Children has received many comments and questions about representing LGBTQ families in our magazines. In our initial response, our words weren’t reflective of our values, intentions or our position, and we apologize. We want to assure you that we have read every message and are listening carefully. ... Our mission never changes: To help kids become their best selves — curious, creative, confident, and caring. But we are constantly evolving. It may seem to some that we are evolving too slowly. We want to reiterate that we believe all families matter. We know that there are many ways to build a family, and that love is the essential 'ingredient.' This conversation has helped us see that we can be more reflective of all kinds of families in our publications. We are committed to doing so as we plan future issues."

Nice move, Highlights — I can't wait to see more stories that accurately reflect the diverse families that make our world a beautiful place to call home.