This kids' book about a gay prince and his farm boy crush is beyond cute.

The story of Jack and Leo is a fairy tale every kid should hear. 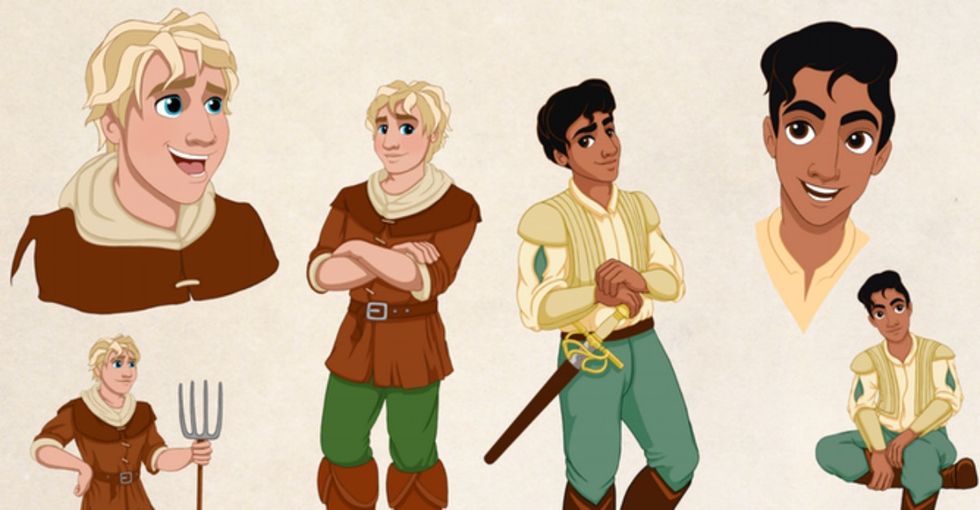 They're characters in "Promised Land," an adorable children's book that you should know about whether you have kids or not.

You won't find too many other fairy tales like "Promised Land" in the kids' section at your local bookstore.

Because in this particular fairytale, Prince Leo and farm boy Jack fall in love.

This is how the book's creators describe the story:

"In 'Promised Land,' a young prince and a farm boy meet by chance in the forest and their newfound friendship soon blossoms into love. However, things get complicated when the queen's sinister new husband seeks control over the enchanted forest that the farm boy's family are responsible for protecting."

As the book's creators point out, there simply aren't enough children's stories that feature LGBT characters.

Co-authors Adam Reynolds and Chaz Harris, who both live in New Zealand and identify as gay, were inspired to write "Promised Land" to make sure more LGBT kids feel represented in the world around them.

"I wanted to tell the type of story that I never got to see or read myself growing up," Reynolds said in a statement.

The sentiment is one many advocates agree with: It's critical that our media does a better job at representing people from across the LGBT spectrum.

It was "vitally important" to the duo that the same-sex relationship in their book was seen as normal, too: "Our story just happens to feature two lead characters who are young men that meet and fall in love, [and] nobody questions that."

But "Promised Land" isn't just great for kids — it provides a great opportunity for parents to discuss LGBT issues with their children, according to Harris:

"So much of what we see through the media and our parents when we are children forms our opinions and attitudes towards others and, more importantly, our attitudes towards ourselves. There are so few stories available for parents to safely and easily discuss with their kids that the world is full of all kinds of relationships and to encourage the acceptance of that.”

Although "Promised Land" has yet to be published, it's already prompting important conversations back in New Zealand, where, incredibly, the book inspired a news reporter to publicly come out as gay, its creators told Upworthy.

"Promised Land" is raising funds on Kickstarter so the book can be released on Oct. 11, 2016 — a day recognized in many areas of the world as National Coming Out Day.

The fundraiser is offering supporters pre-orders of the book, and — if additional fundraiser goals are met — an audiobook and interactive app version of "Promised Land" as well.

To Reynolds and Harris, "Promised Land" is all about building a more inclusive world for all kids.

"Like with all media, I think there have been some amazing strides" in terms of LGBT visibility, Reynolds said. "But there is still a lot of work left to be done."

"Our hope is that our book can help in some small way towards building a better representation for [LGBT people] in the future."

You can learn more about "Promised Land" and support the book's Kickstarter here.