Coloring books are packed with images of passive girls. This psychologist did something about it.

After watching young girls color page after page, she made a new book that shows all girls they can be whatever they want to be. 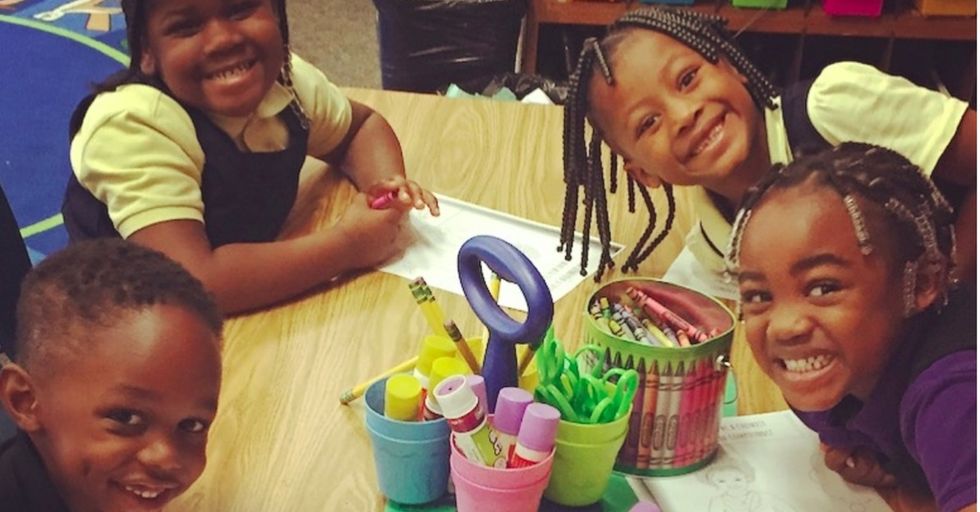 When psychologist Stephanie Tabashneck was facilitating a group for homeless parents, she told the mothers and daughters to pick a page from a coloring book to fill in together.

She felt a knot form in her stomach as she watched a young Latina girl flip through pages of princesses. None of them looked anything like her.

Tabashneck's gut told her how wrong it was that there was so little diversity in the way girls are depicted in coloring books. So she decided to take matters into her own hands and lead by example. She created "Dream Big! More than a Princess," featuring girls of all different shapes and sizes — all proudly proclaiming the awesome things they want to be when they grow up.

Tabashneck chose careers in industries where women are vastly underrepresented.

In an email exchange with me, she explained that she wanted to include highly impactful careers. "Name an industry or career that will advance our society and grow our economy," she said. "That's where you should find the women leaders of tomorrow."

The book is awesome and full of pages that depict girls who are going to work — and succeed — at whatever they do. Whether they grow up to be...

a trailblazing president of the United States,

or a successful CEO of a company.

By showing a diverse array of girls dreaming big, Tabashneck hopes to counter the subtle messages young children get when they only see one option: being a thin, white princess.

And there's a reason Tabashneck wanted to make this a coloring book. In an interview with Ms. blog, she explained that she wanted girls to actively engage in the possibility of dreaming big. By sitting down and interacting with the image through coloring, there is more time to absorb the positive messages that one's gender shouldn't hold you back when it comes to career choices.

While there has been recent praise for gender-neutral toys (and toy aisles) for kids, Tabashneck felt it was important to focus on girls.

She explained to Upworthy,

"Little girls do not grow up in a gender-neutral world. While there are endless images of boys growing up to be all sorts of fantastic things, there are far fewer images for girls, especially girls of color. 'Dream Big: More than a Princess' is an attempt to encourage girls of all races and ethnicities to think outside the restrictive gender box and aim high."

She says that the coloring book can be beneficial for boys, too. It isn't just girls who absorb the subtle messaging that comes from only seeing women portrayed as passive princesses. By offering the book to children of all genders, all kids can learn that women can be whatever they want to be.

She hopes that the book will inspire adults to show young girls that it's OK if they don't fit in — just keep dreaming big.