Something totally bizarre is happening in Alabama, and a judge is the ringleader.

As of Monday, Feb. 9, 2015, everyone in Alabama can marry their partner. Yep, same-sex marriage is finally a legal right in the Yellowhammer State. (I had to look that last part up.) 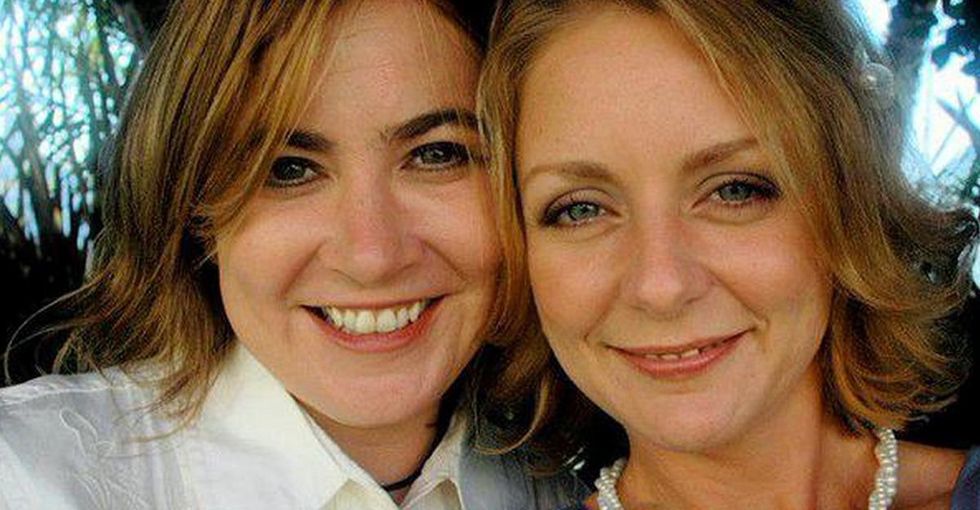 Alabama is the 37th state where gay couples can legally marry.

This is obviously great news. All people deserve the legal opportunity to marry the person they want to spend their life with.

Unfortunately, not everyone agrees. Like, say, Alabama Chief Justice Roy S. Moore, who told probate judges in Alabama that they could not issue marriage licenses to gay couples wishing to get married.

Moore is doing this even though a federal court struck down the marriage ban in Alabama at the end of January, thanks to a lawsuit brought by Cari and Kim.

Unfortunately, gay couples are not getting married everywhere in Alabama.

But hey, good news! They are getting married in some places.

Even when gay couples have been turned down in a county that's refusing to issue marriage licenses, they're driving to counties where they can receive them. And they're getting married! 'Cause it's LEGAL now. (Public officials, you can stop defying federal orders and start doing your jobs any time.)

These are pictures of regular people doing a regular person thing — getting married. And I love it!

And this right here sums it up, doesn't it?

I'm happy for these couples. They're finally getting to marry their partners, a right that should never have been denied in the first place.

But I'll be even happier when the last 13 states join Alabama in legalizing marriage for same-sex couples.

You can spread the joy and share if you're up for it.