Something alive is moving about half of the water in the oceans.

It's becoming clear that whales are doing a whole lot more than just swimming around, blowing the minds of life-jacketed landlubbers in boats. 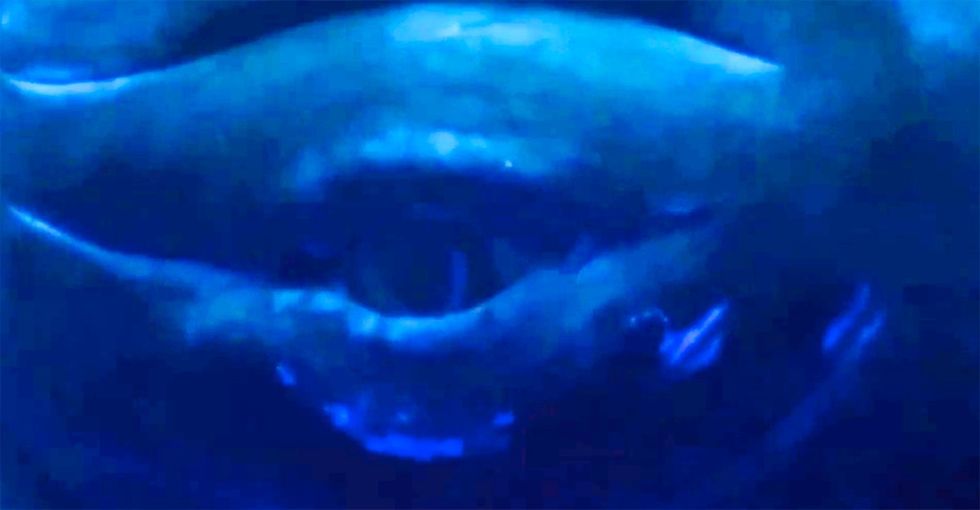 When humans kill whales, we're doing more than making a cruel choice — we're messing with an entire ecosystem. Some people justify their slaughter with the argument that the fewer whales there are, the more food there is for everyone else.

Well, it turns out the opposite is true.

It all has to do with something called a trophic cascade, an "ecological process that starts at the top of the food chain and tumbles all the way down to the bottom." At the top of one big food chain swim the whales.

It's all their deep-diving and coming back up that makes them so important.

Whales stir up as much of the ocean as wind, waves, and tides combined!

Just by doing what they do, they drag things from the surface down to the dark bottom, and then they bring stuff on the bottom back up, dragging it into the light where things can grow.

Here's an example. They eat down in the deep, and after when they swim up to the surface, they, um, redistribute the organic matter as...

No, not some new kind of tidal wave — just a massive amount of whale poop. It's an important fertilizer for the ocean's upper layers. Since there's light there, photosynthesis can happen and plants can grow when they get enough nutrients. So, well, thank you, whale poo.

Yes, but it's also true that whales rescue them from sinking into the killer darkness, acting like ginormous up-and-down taxicabs. They pull animals behind their massive bodies as they swim back up into the light where the little things can survive, reproduce, and grow. And there's a big plus here for humans: Plankton, which whales ferry to the surface, absorb tons of CO2 from the atmosphere — they help with global warming.

So, these gigantic beings can be part of our solution.

Scientists are realizing that instead of allowing the killing of whales to continue, we should be working to let their populations grow — for the good of the oceans, and for our own good. It's something pretty easy that we can do, and it's yet another reason to keep these wonderful creatures around. More people need to know about this.