A woman who understands that acknowledging her white privilege doesn't mean she's bad wrote a thing to help other privileged people get to the same understanding. It's pretty great. I think you should read it. With an open heart. 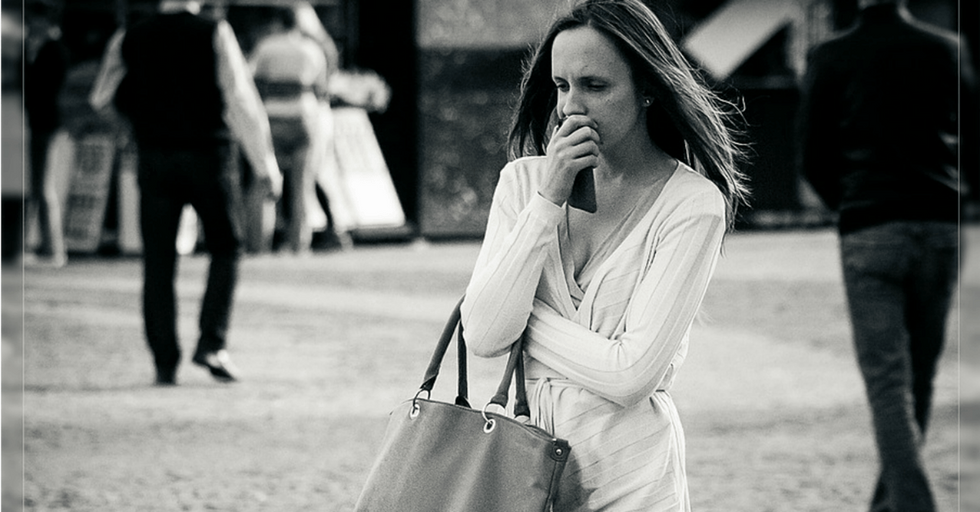 It insulted me. My first childhood friend was black. My experiences told me it was cultural and that privilege wasn't a fact. It was just another way to blame me for the past. And I hated it.

Because I wanted so much to believe Rodney King. I wanted us to all get along. To strive for unity. I wanted so desperately for racism to be our history. I needed it to be.

And I don't know how to convince you. I don't know what analogy to use. Because evidence and obvious aren't getting through. So I will use my white privilege to show it to you.

My chestnut haired, hazel eyed child was born into advantage. My three year old son has more opportunity in this nation than a forty year old college educated black woman. And that is the truth. And even in acknowledging that, I am benefited. My acceptance of my advantage puts me at an even greater advantage. Hear that. The mere fact that I strive to unpack the layers and change your point of view makes me more favored than if I never talked about it with you.

Because now I'm a white woman who is seen as "liberated", "aware", "educated", "diverse". I'm viewed as compassionate and empathic and progressive. I'm seen by my white peers and peeps as some sort of altruistic good woman for reaching so deep.

And that is white privilege. Because as a black woman I'd be dismissed. I'd be called angry and irate and someone who isn't grateful enough that times have changed. I'd be making everything about race. I'd be pulling a martyr card and playing a victim. If I were a black woman you wouldn't even listen. Because you wouldn't have to listen. Because it wouldn't have anything to do with you. So I'd never get through. And that is white privilege. That somehow when I, as a white woman, explain white privilege to you, you might listen.

Because that's how it happens. So listen.

The opportunities that were built on the back of slavery. Hear me. We trafficked human beings. We bought and sold each other like property. We traded people as commodities. We paved roads and farmed fields and fought wars and nursed babies with chains of currency.

And that was recently. And that means something.

Our Declaration didn't include everybody. Our Constitution didn't provide equality. Our Founding Fathers weren't revolutionary. Generations of systematic social injustice and slave labor shaped this country. This has never been the land of the free. It cost us something.


You don't yet understand that the only reason you are able to be color blind is because you are white. You don't yet comprehend that you are afforded the luxury to stand on today and say it's all different and that things aren't the same only because the system was set up that way. You were born with the opportunity to say racism will end if we just wish it away.

But life doesn't work that way. So listen:

And these are just a few. There are so many more it would take decades to show you.

Privilege isn't about accusing you of being a racist. Privilege is about asking you to look at the evidence and see the difference between whiteness and blackness. Privilege is knowing one has advantage.

Privilege is acknowledging that racism is structural, cultural and institutional. That it underpins the foundation of our nation through integrated bias based on centuries of attitudes and ideologies we passed down in legacies we live with today. Through systematic generational cycles of injustice, in every area of life, privilege dominates the playing field with a head start that began long before we were ever born. That doesn't mean you did anything wrong. It just means it is wrong.

Until someone showed me that denying my privilege wouldn't make it go away. Individually, you can want to be color blind, collectively, it doesn't work that way.