Solar energy is getting so cheap that even this coal museum is using it.

The move is symbolic of a lot of the progress made in green energy as of late. 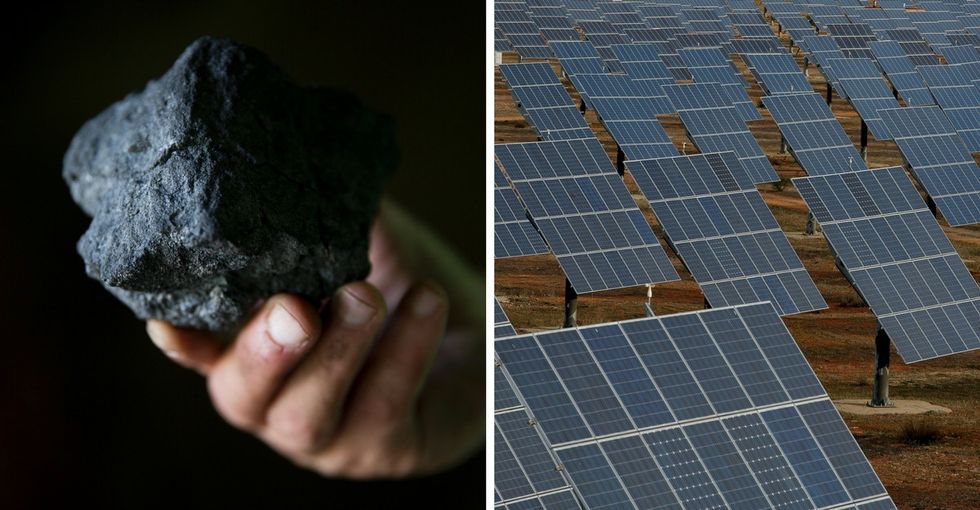 Deep in the heart of coal country, a very unexpected business is going green.

The Kentucky Coal Mining Museum is adding solar panels to its building.

The museum, located in the southeast Kentucky town of Benham, aims to shine a light on the important role coal played (and continues to play) in meeting our energy needs — which makes it worth asking why it's moving away from its namesake fuel source to suit its own power needs.

The Kentucky Coal Mining Museum has 4 floors of non-stop history to keep you busy for hours! Located in Benham, KY.

The answer is actually really simple: Solar is cheaper.

The irony certainly isn't lost on the museum's owners, but there's no denying that solar power just makes sense from a financial standpoint.

Until recently, there was a trade-off when it came to choosing renewable energy. But clean-energy technology is becoming more efficient and less expensive every day, with the cost of solar energy coming in at less than half the cost of coal in some places. In December, Bloomberg reported on the stunning advances that have been made in just the past couple of years. Solar-panel technology has seen remarkable improvements in just the past year, finally becoming truly competitive with fossil fuels in terms of efficiency.

"We believe that this project will help save at least $8,000 to $10,000 off the energy costs on this building alone," Brandon Robinson, communications director at Southeast Kentucky Community and Technical College, the group that owns the museum, told WYMT.

When it comes to adding solar panels to a museum about the coal industry, "It is a little ironic," Robinson admitted. "But you know, coal and solar and all the different energy sources work hand-in-hand. And, of course, coal is still king around here."

Between solar, wind, and especially natural gas, coal and oil have seen a major uptick in competition in recent years. The competitive cost of clean energy poses a challenge to President Trump, who campaigned on a platform of bringing jobs back to the coal industry.

It's not regulation that killed off coal mining jobs around the U.S. It's innovation, making Trump's promise to put miners back to work an empty one.

In March, Trump gutted the clean-energy and climate initiatives put in place by his predecessor. "C’mon, fellas. You know what this is? You know what this says?" Trump said, surrounded by miners as he sat down to sign an executive order rolling back regulations. "You’re going back to work."

The problem, however, is that there isn't work to go back to. The industry has moved on.

Trump's actions on energy and climate change will have an effect, that's for sure. It's just probably not the one his supporters voted for.

In February, Trump rolled back the Office of Surface Mining's Stream Protection Rule, a regulation put in place by the Obama administration protecting waterways from coal debris. And while he called it "another terrible job killing rule" and said that rolling it back would save "many thousands American jobs, especially in the mines," it probably won't.

What it will do is make it easier to poison the drinking water of coal communities, something the Kentucky Coal Mining Museum's hometown of Benham, knows a lot about, with some residents expressing concern about their water quality in recent years.

Adding solar panels to the Kentucky Coal Mining Museum is symbolic in a lot of really hopeful ways.

It's a sign that we don't have to forget our past to move toward the future. It's a sign that even in the heart of coal country, people can appreciate energy innovation.

And most importantly and hopefully, it's a sign that even with Trump's actions that threaten to roll back the progress we've made on addressing energy and climate change, progress continues.