She was a White House stenographer for 5 years. Working with Trump made her quit. 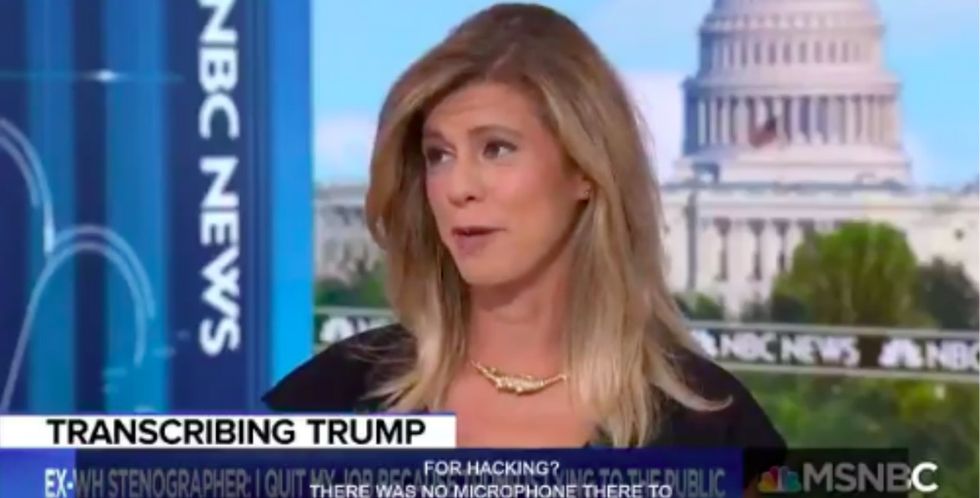 Beck Dorey-Stein found her job as the White House stenographer on Craigslist. Now that job is at the front line in the fight for truth and democracy.

Recording and transcribing the president's conversations with the press wasn't supposed to be a glamorous job. But when Dorey-Stein wasn't allowed to do it properly, the impact was profound.

She said she quit her job after White House officials made it difficult to record President Donald Trump's conversations with the press, which therefore led to inaccurate or incomplete transcripts.

That's bad both for the history books and for the present time, when the debate over what a president has or has not said can dominate the day's news and affect public policy.

"That's really important, to have an accurate recording at all times, especially when the press is involved, just to make sure that we are recording the truth and that no one has complicated that," Dorey-Stein said.

Accurate records are vital for everyone — not just Trump critics.

Accusations of "fake news" are prevalent across the political spectrum. One of the few things most Americans might agree on is their belief that the "other side" is distorting the truth.

When it comes to her old job, Dorey-Stein is clearly placing the blame with Trump and his White House. In a recent op-ed, she wrote, "It's clear that White House stenographers do not serve his administration, but rather his adversary: the truth."

However, having accurate records is something she says Trump supporters should care about just as much. "All of that leaves him quite vulnerable to being misquoted," she said about a lack of an authoritative transcript.

What did the president say and when did he say it?

It's wrong for the administration to block such a basic but fundamental task — recording the president's words for the official record.

Stenography isn't the flashiest of professions, but it's become more essential than ever in the White House.

Ensuring the public has a reliable and factual account of what the president did or didn't say to the media will go a long way toward restoring faith in our institutions and those who work to hold the powerful accountable.