Who do we really have to thank for Rock n' Roll? Nope, not Elvis. Not Buddy Holly. Not even Alan Freed. That long overdue honor belongs to a queer black woman who shredded the guitar and bared her soul to break the color line and create a brand new sound. Meet Sister Rosetta Tharpe.

Born to religious singers, Rosetta was surrounded by music growing up. She picked up a guitar at only 4 years old, and by 6 she was travelling alongside her mother for evangelical performances around the South. As she got older, she began merging Delta blues with New Orleans jazz and gospel music that would become her signature sound. A sound we've come to love and thrust our hips to. The sound of Rock n' Roll. 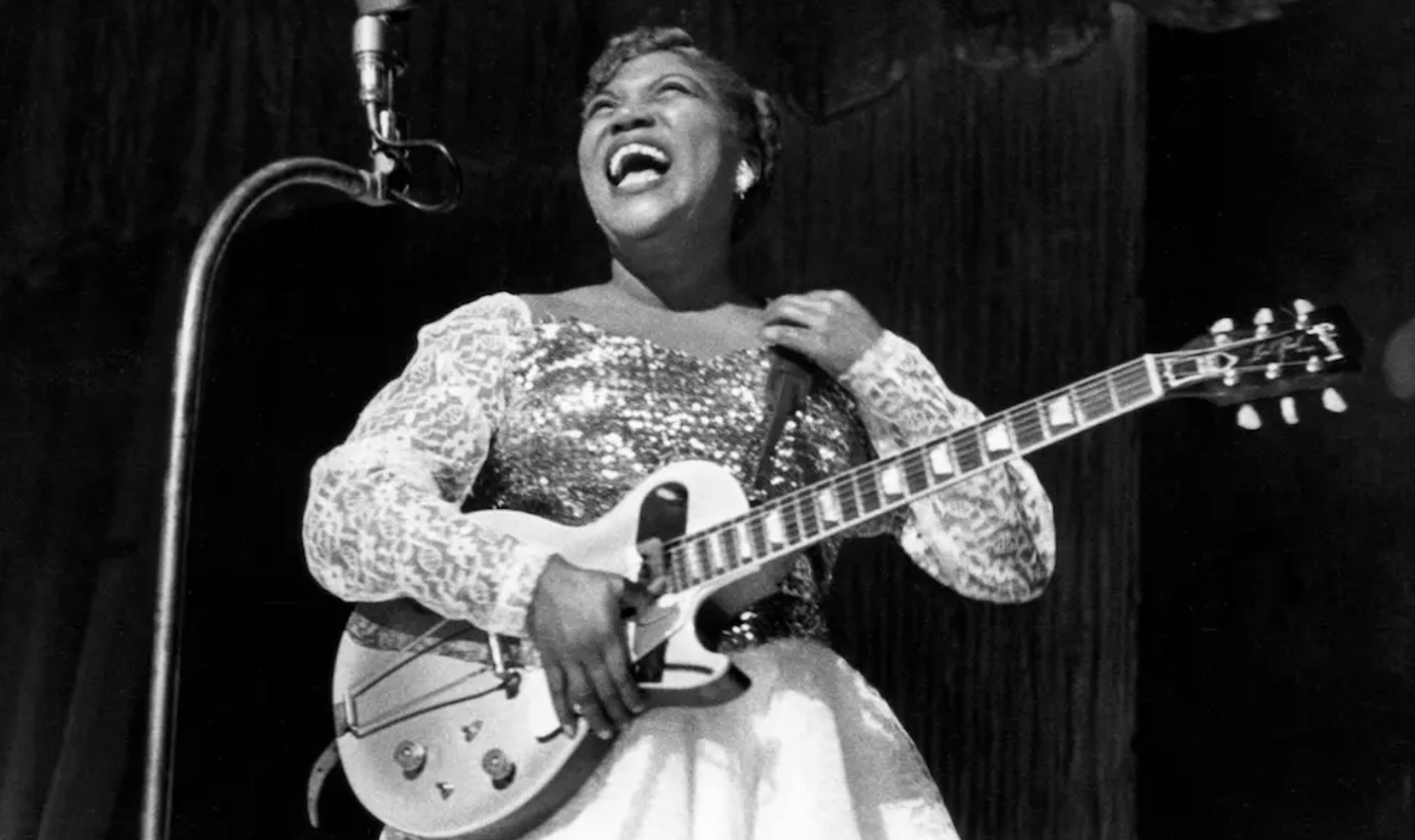 Though a gospel singer at heart, Rosetta broke new ground and gained fame by creating a unique mix of spiritual lyrics and electric guitar, using heavy distortion that would later become electric blues (that's two genres of music she helped create). By 1930 she was the world's first great gospel star, and by 1950 she was performing in sold out stadiums.

Sister Rosetta Tharpe - Up Above My Head on Gospel Time TV showwww.youtube.com

Rosetta broke the norm in every way. Her lyrics openly flirted with images of love and sexuality, leaving her gospel listeners speechless, yet loyal. In 1940, she began to collaborate, tour, and perform with her partner Marie Knight, a truly radical act. But with a voice rang with conviction, confidence, and charisma, she was able to transcend the times in unabashed authenticity.

In a white male dominated industry, Rosetta had to maintain her grit and remain fearless. She succeeded at both. In fact, to hear her tell the story, "can't no man play like me." This self assurance led to her influencing the likes of Little Richard, Johnny Cash, Eric Clapton, and Elvis Presley, and many, many more. To quote Chuck Berry, another one of her creative descendants, "my whole career is one long Sister Rosetta Tharpe impersonation." All it takes is one listen to "The Lord Followed Me" to recognize Chuck's musical debt to her.

Although she helped forge a new path for music, Tharpe has been almost criminally overlooked. Her belated induction into the Rock N' Roll Hall of Fame didn't come until 2018, with a masterful celebratory performance by Brittany Howard of the Alabama Shakes.

May we all start to celebrate this hymn swingin, guitar slinging trailblazer with unmatched stage presence and revolutionary artistic contribution.