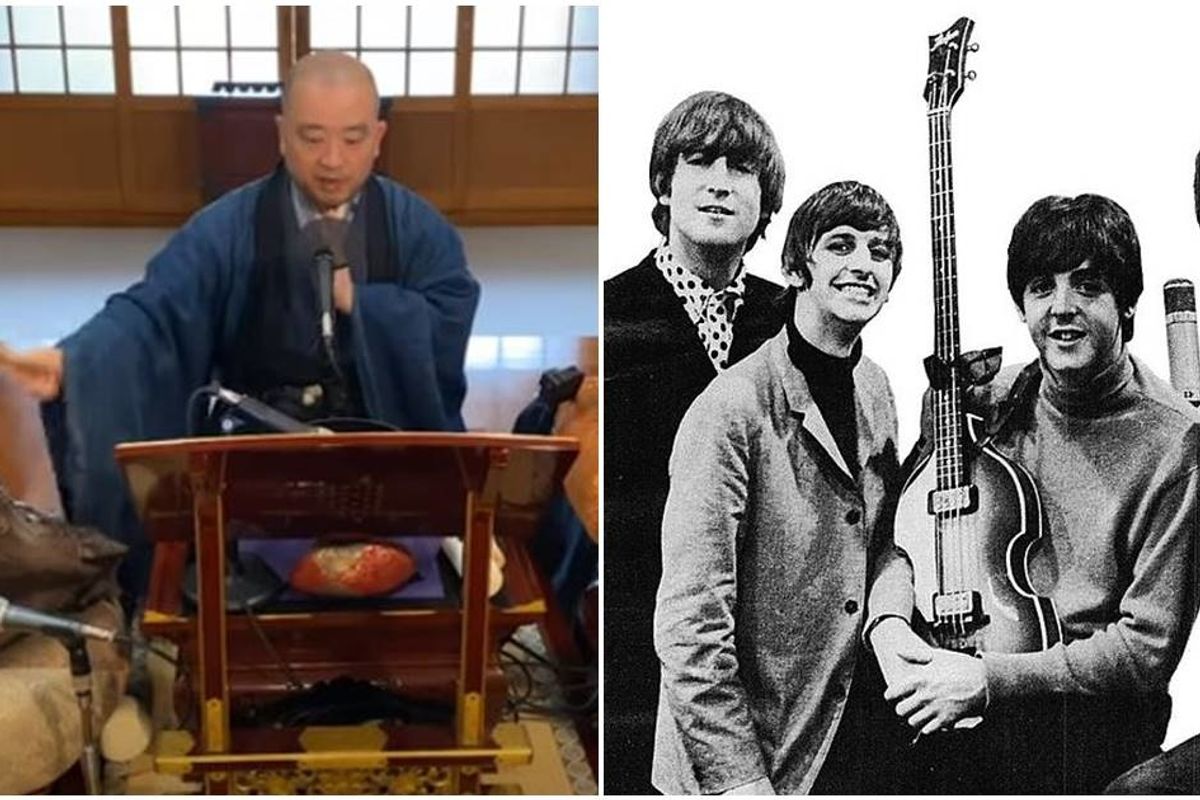 The Beatles' music is universal. So is the enlightened mind of a Buddhist monk. Put them together and you have this treat from Japan performed by a monk that goes by the name Kossan. (The video is great, but so are the YouTube comments.)

"Yellow Submarine" is one of the quirkier songs in The Beatles' catalog. It came to Paul McCartney one evening in 1966 as he was about to fall asleep. John Lennon helped him out with some of the lyrics and the finished version was given to drummer Ringo Starr to sing.

As for Kossan, his musica career began 13 years ago when he was living in New York City. "When I was playing the sanshin on a bench, a guy gave me a dollar," he said according to Open Culture. "I was surprised because I didn't expect that at all. I was playing it there only because it was a nice day."