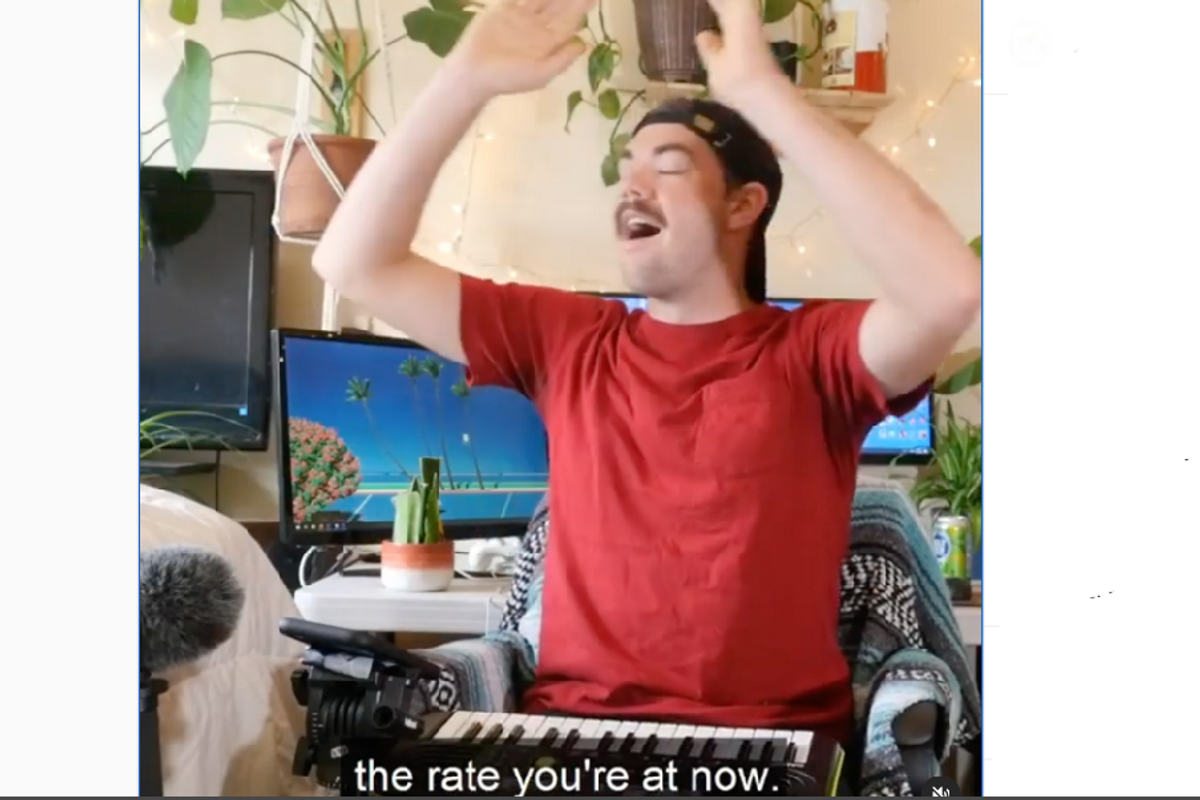 This video shows Jake calling AT&T and calmly questioning his rate increase. Anticipating that he was not going to get the answer he was looking for right off the bat, he came prepared. He asked if he could share a song he wrote about his thoughts on the matter. I must commend Jake on not phoning it in on the chord progression (excellent use of major to minor on the third and fourth chords in what I would have to deem as the verse). He starts off singing "This morning I woke up to an email, from AT&T that was bothering me." He continues, "This happens every 12 months without fail, so I called up customer loyalty." He goes on to sing that he is going to switch companies if he doesn't get his old rate back. And Rebecca from AT&T made it happen.

The moral of the story is not that you need to write a song to get what you want, but as Jake will tell you, yelling and screaming isn't the answer either. Just recently I was talked into bundling cable with my internet. They promised me I would get my same rate back if I didn't want to keep the cable TV service. I called up to cancel two weeks later, and lo and behold my internet bill was $7 higher than it was just two weeks ago. I played the "I know you personally didn't raise my rate, but I am sure you can understand how could feel a little wonky if you were in my shoes" card. I got my old rate back, although with not nearly the style that Jake flashed.

Customer service representatives can go above and beyond, too. Once I called up my TV provider to find out if the bouncing logo in the screen saver ever hits the bottom right corner. I kid you not, she put me on hold while she spent five minutes trying to find an answer for me. She came back on the line to inform me that while the logo has been known to hit the top right and left corners, she had no knowledge of it hitting either bottom corner, though it was unclear as to whether it was possible.

Jake, I tip my hat to you for spreading cheer even in times of frustration, and for popping out a pretty snappy tune. As for the logo in the screen saver, don't ask me how I know it hits every corner (even bottom left) except for bottom right. And if you say you saw it happen, you are probably the same guy who says they called the Keyser Soze moment in the movie The Usual Suspects.