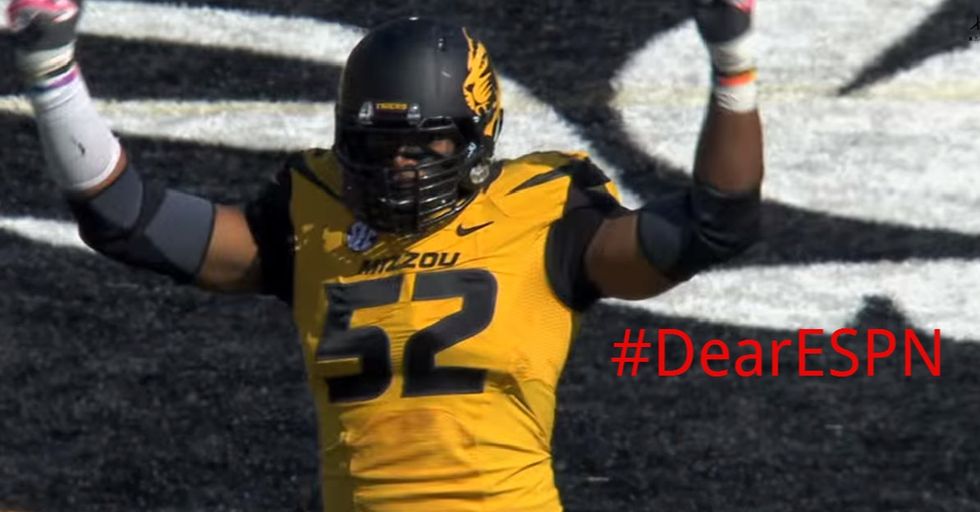 Here's the scene: The St. Louis Rams are readying their roster before the NFL season to begin. Michael Sam, the first openly gay player to be drafted in the NFL, is working hard to keep his spot on the team. ESPN could cover a lot of things, but they decide to spend a lot of their time fixating on Sam's shower habits. So ,what else were his teammates to do but respond? Here's what Rams defensive end Chris Long had to say:

Damn, ESPN. I'd tell you to get some ice for that burn, but I only nominate my friends for the #ALSIceBucketChallenge.