It may sound weird, but Lego is quietly trying to ditch plastics. 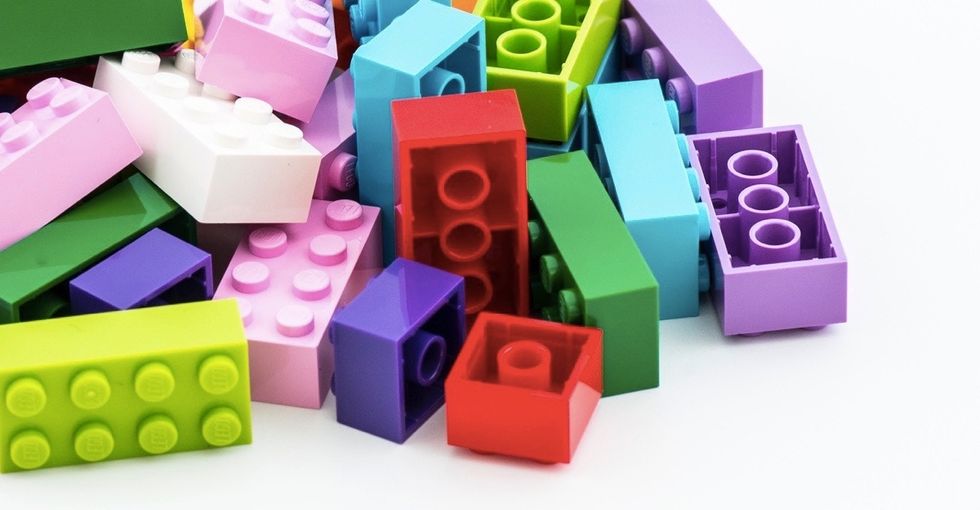 For the past 59 years, we've all been building spaceships and castles, experimenting with what head goes on what body, and arguing with our siblings about where the grey 2-by-5 brick went — thanks to Lego.

"The S.S. Awesome can't have any holes in it, Amanda. I know you have that 1-by-8 somewhere." Photo by Kent Gavin/Keystone/Hulton Archive/Getty Images, circa 1962.

Though nearly indestructible, Legos aren't eternal. The bricks your kids or grandkids play with probably won't be the ones you remember.

Beyond grocery bags and Barbie dolls, Legos might be the most iconic plastic object ever, but making things out of plastic can be problematic.

It's not just that plastic doesn't break down, though that's a major issue with some plastic products. It's also about the carbon footprint to make them. To make a conventional plastic, you have to pump petroleum or natural gas out of the ground, refine it, and mold it. All of these steps take energy and can produce carbon dioxide.

For the last couple of years, Lego has been experimenting with making their iconic bricks from eco-friendly sources.

In 2015, Lego announced it would invest the equivalent of $155 million into finding a non-oil, smaller-footprint source for the various plastic they need to make all those tires, trees, and movie stars.

Since then, they have been experimenting with different types of bio-plastics, which can be made from plants like corn or wheat and produce less emissions than conventional plastic.

The goal is to find alternatives for 20 types of plastic by the year 2030.

There are hurdles to making something as durable, flexible, and iconic as a Lego, and the company is still experimenting. Whatever they choose, it'll need to snap together with existing Legos, last just as long, and preserve the aesthetic. Their latest experiment with wheat sugar, for example, failed because it couldn't hold the right shine, as Quartz reported.

This change won't eliminate the carbon cost of manufacturing, nor will it address other carbon costs like shipping, but little changes add up. After all, 19 billion new Lego pieces are produced each year. Furthermore, the Lego company has also been reducing its carbon footprint through other means as well, including investing in an offshore wind farm. In fact, it recently met a 100% renewable energy milestone.

I assume the real wind farm contains a bit more, you know, metal and concrete and stuff. Photo from Lego Media Library.

Playing with Legos has been a nearly universal part of childhood for almost 60 years. Our kids will likely continue to build castles and spaceships, but their future creations — and their building blocks — won't be exactly the same as ours were. And that's a wonderful, necessary step of progress.