In response to Trump's 'shithole countries' remark, let's look at some stats.

'Give me your tired, your poor, your huddled masses yearning to breathe free.' 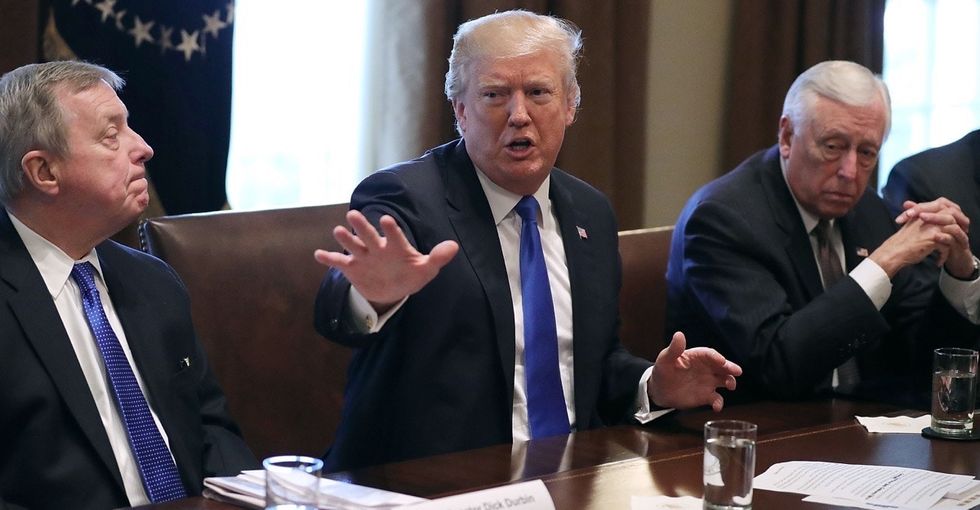 Donald Trump doesn't see the value in immigrants from "shithole" countries — but he couldn't be more wrong.

It shouldn't come as any surprise that the president who opened his campaign with a rant about Mexicans being rapists, railed against the Muslim parents of a fallen soldier, claimed that an Indiana-born judge should recuse himself from a Trump case because he's "a Mexican," blamed "both sides" for a woman killed by a white supremacist, called for the execution of five men of color for a crime they didn't commit, and spent years speculating about whether or not the country's first black president was actually born in America would say something so overtly racist ... but that's exactly what he did on Thursday, Jan. 11.

"Why do we want all these people from shithole countries coming here?" Trump reportedly asked during a bipartisan meeting with senators on immigration. By "shithole countries," he apparently meant Haiti, El Salvador, and the entire continent of Africa. According to the report, he thinks the U.S. should seek out immigrants from countries like Norway (i.e. white countries).

While he's tried to distance himself from the comments, it's been confirmed by others in the room.

Trump met with members of Congress on Monday to discuss immigration. Photo by Chip Somodevilla/Getty Images.

The truth is that it really cannot be overstated how important immigrants are to the U.S., including — and perhaps especially — those from the countries Trump slurred.

A November 2017 report by New American Economy, a non-partisan organization for comprehensive immigration reform, sheds light on some of the contributions made by people in these countries. Focusing on immigrants from Sub-Saharan African nations, the group found the following:

We have to ask ourselves who we are as a country — and who we want to be.

Looking to the Statue of Liberty, the very symbol of what so many of us were raised to believe about America, Trump's own message is contradicted.

"Not like the brazen giant of Greek fame,
With conquering limbs astride from land to land;
Here at our sea-washed, sunset gates shall stand
A mighty woman with a torch, whose flame
Is the imprisoned lightning, and her name
Mother of Exiles. From her beacon-hand
Glows world-wide welcome; her mild eyes command
The air-bridged harbor that twin cities frame.

'Keep, ancient lands, your storied pomp!' cries she
With silent lips. 'Give me your tired, your poor,
Your huddled masses yearning to breathe free,
The wretched refuse of your teeming shore.
Send these, the homeless, tempest-tost to me,
I lift my lamp beside the golden door!'"

No, it doesn't say anything about "shithole" countries, but it does advocate for the "tired," the "poor," the "huddled masses yearning to breathe free," "the wretched refuse of your teeming shore," and of course, "the homeless, tempest-tost."

When Trump says that other countries "aren't sending their best" or suggests that Haitians "all have AIDS," he's betraying who we strive to be as a country.

At this moment in time, there is, sadly, nothing more antithetical to so-called "American values" than our own president.