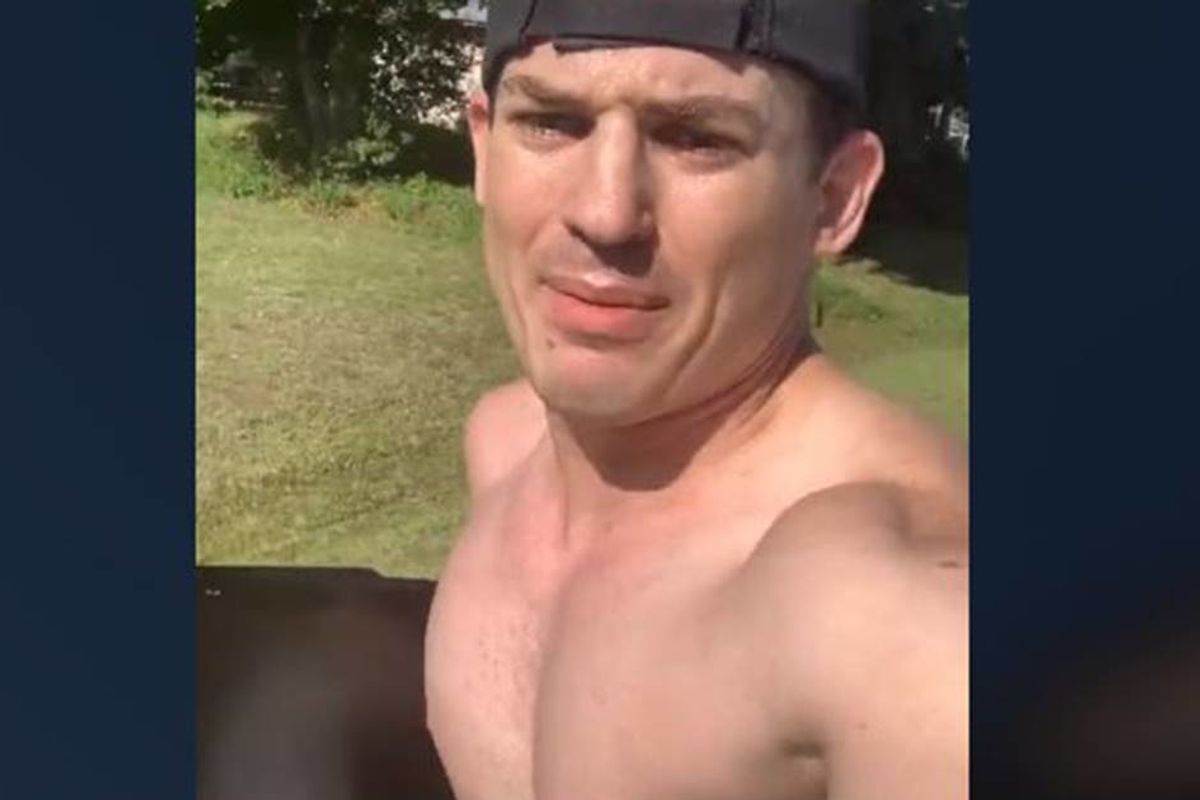 Travis and Gregory McMichael were arrested on charges of murder and aggravated assault on Friday.

The incident is seen by many as another in a long list of instances of black people's lives being threatened while engaging in normal, everyday activities that wouldn't arise any suspicions if done by a white person.

Richard Desmick, a 34-year-old former pastor living in Vero Beach, Florida, showed his support for Arbery by running 2.23 miles and doing so in a way that exposes racial disparity in America.

"I just started crying when I just saw this poor young man running – as I have thousands of times in my life – get shot down," Demsick told Business Insider. He said he thought "maybe I should run with a TV to show that being a suspicious character isn't enough that someone should be shot down. Being a white person, that's just not going to happen to me."

Since Demsick posted the video on Saturday, it has already received over 279,000 likes.

This man jogged 2 miles through his neighborhood carrying a TV in his hands to prove that “looking like a suspect”… https://t.co/VgGNGPDHAP
— Rex Chapman🏇🏼 (@Rex Chapman🏇🏼)1589058364.0

#irunwithmaud part two! Really thought I figured it out guys but made it home safe after my 2.23 mile run 🤷🏻♂️ #runwithmaud #runwithahmaud #fyp

"Alright, I figured it out. I've got my hat on backwards, I'm shirtless like I'm on some episode of 'Cops,' I'm running with a TV," he said in a video posted to TikTok. "Someone's going to stop me now, for sure. Cause, if not, what was the problem with Ahmaud?"

The video has received an overwhelmingly positive response on social media, with many praising Demsick for engaging in activism that proves a significant point about race in America: a white man can run through the streets looking like he just stole a TV and no one bats an eye.

A black man minding his own business and jogging has to worry about being murdered.

"People have been incredibly kind, undeservedly kind," Demsick said about the response to his video. "There are people who are daily working trying to correct the injustice, I just made a video."

Demisck's passion for social justice stems from his life growing up in Detroit. He was raised in the suburbs and attended dance competitions where most of his friends were black. It was through his interaction with the black community that he learned of the struggles they face.

Demsick was also a pastor at what he calls a primarily upper-class conservative church in Florida. He later moved on to start an outreach program for individuals experiencing homelessness.

He made a follow-up video on Mother's Day where he asked his mom if she'd be worried for him if he went running with a television in his hand.

"Huh, I wonder why that is," he responded.

@jestertotheking Dedicated to all black mothers especially Ahmaud Arberys' we can not understand your pain but we will not forget your story. Prayin ##blacklivesmatter
♬ original sound - jestertotheking