Disney and Marvel plan to boycott Georgia if it passes its terrible anti-gay law. 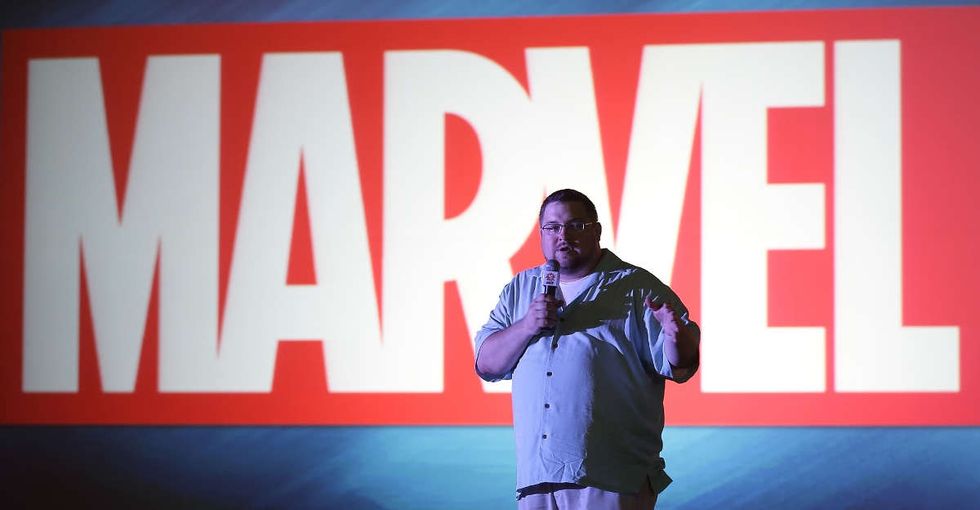 Opponents of a new anti-gay law in Georgia might actually be able to stop it now that they have actual superheroes on their side.

HB 757 is the latest in a line of state "religious freedom" bills that provide faith-adjacent organizations more latitude to discriminate against LGBT Americans.

According to a report in the Daily Beast, the proposed Georgia law "gives faith-based organizations the right to hire and fire people who violate their 'sincerely held religious beliefs,' as well as the right to refuse to rent facilities for events they find 'objectionable.'"

The bill has passed the state legislature and is awaiting Gov. Nathan Deal's signature — or veto.

But Disney and Marvel, which are shooting "Guardians of the Galaxy 2" in the state, have announced they plan to boycott Georgia should the law go into effect.

"Disney and Marvel are inclusive companies, and although we have had great experiences filming in Georgia, we will plan to take our business elsewhere should any legislation allowing discriminatory practices be signed into state law," a Disney spokesman said on Wednesday, according to Variety.

They're not the only ones.

Georgia-based Coca-Cola and Delta Airlines have also issued strong statements against the pending law. The NFL has said the state could lose out on future Super Bowls should the bill become law.

When Indiana tried to pass a similar law last year, a hugely diverse array of people rallied to defeat it.

A broad coalition of influential Americans and organizations, including governors of three states, mayors of five cities, activists, businesses, universities, sports conferences, and even church groups were instrumental in raising the specter of a mass boycott that ultimately helped persuade Gov. Mike Pence and legislators to narrow the scope of the law.

The reaction didn't come out of nowhere. Local and national LGBT rights groups painstakingly made the case against the bill to businesses for months so that when the time came to throw down, corporate America had their backs.

This time around, the response from big business was even bigger — and clearer. That's awesome progress.

A group takes a photo at Disney World's "Gay Days" in 2003. Photo by Chris Livingston/Getty Images.

Their message: Discrimination hurts our employees and our bottom line.

For that, companies like Disney and Marvel — and the activists who worked tirelessly to get them to pay attention — deserve a big round of applause.