Conservationists in Africa came up with a genius way to save elephants: move them. 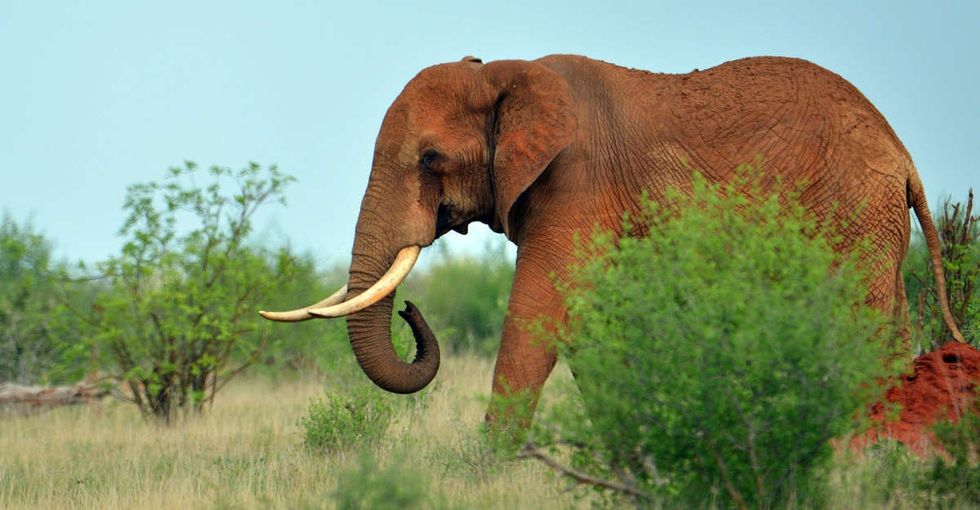 Human beings haven't always been the best of friends to elephants.

While we've written some of our most delightful children's books about them...

...we've also poached them for centuries, destroyed their habitats, and generally been pretty bad at sharing our planet with them.

Recently, conservationists in Malawi decided to tranquilize 500 elephants, pick them up by their hind legs, and drive them almost 200 miles across bumpy savannah on the back of a truck. And while it might look like yet another attempt to mess with these gentle creatures...

...it actually might be the nicest thing we've done for elephants in quite some time.

While the task was anything but nice, the goal was simple: to relocate the animals from two Malawi national parks where they're (relatively) plentiful to a park with more room and, thereby, more safety for the elephants.

"This is very much the way that we'll have to manage things in the future," Craig Reid, manager of the country's Liwonde National Park, told The Associated Press.

According to the AP, who embedded with the team, the project is one of the largest-ever and most logistically complicated relocations of its kind.

Similar moves have been made before, but few have been attempted with so many animals.

Moving the elephants required enlisting a fleet of helicopters, cranes, and trucks as well as a team of dedicated pilots, drivers, and conservationists to manage the creatures as they made their way across the country.

It's the latest attempt to give these giant, emotionally complex animals a chance to recover.

An elephant strides around Kenya. Photo by Tony Karumba/Getty Images.

African elephants — highly social creatures who have been shown to react to each other's pain, soothe suffering friends, and even grieve for their dead — used to number in the millions, but rampant hunting has caused their population decline over decades — by as much as 80% in some areas.

More recently, increases in demand for ivory has led to a surge in poaching, and human encroachment is always a threat.

The World Wildlife Fund estimates their numbers today at approximately 470,000.

Project managers are prioritizing moving the elephants with their families.

An elephant mother with her calf at the London Zoo. Photo by Adrien Dennis/Getty Images.

According to conservationists on the team, keeping mothers and calves together is key to the success of the relocation because elephants, like humans, form tight familial bonds.

Relocating hundreds of the huge creatures is challenging, and there are potential drawbacks.

Some conservationists worry that mass artificial migration could facilitate the spread of disease, and being handled by humans with giant cranes can, understandably, stress out the animals.

But if the end result is more elephants, many experts believe it's a chance worth taking.

WWF African species manager Bas Huijbregts told the AP that the relocation project would be "a win-win for elephants and people" and hopes that it "will likely become the new norm in many places in Africa."

The best part? We get to brag about doing the elephants a solid for once.

But one day, they'll totally appreciate us for it.