If I had a dime for all the things that are blamed on the media, I'd be a filthy rich woman. 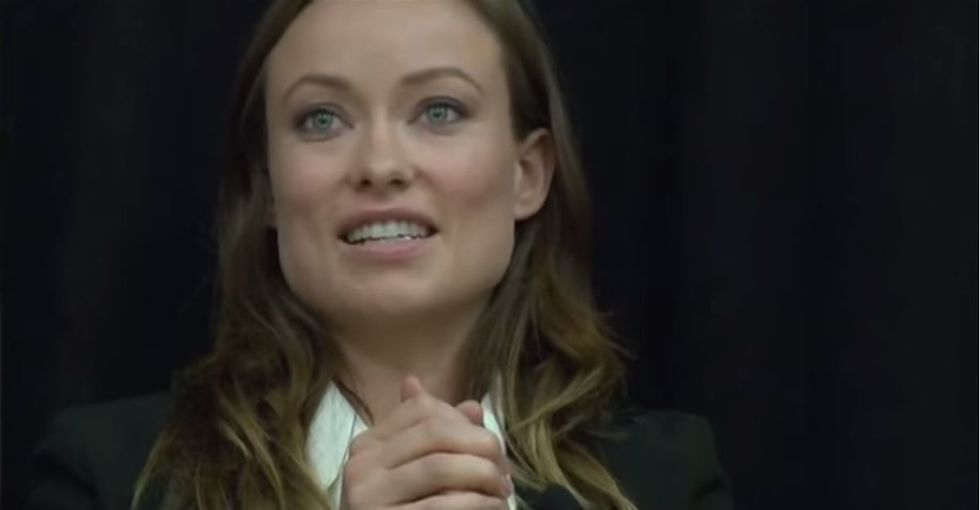 But actress Olivia Wilde knows that simply pointing fingers won't solve anything, especially when it comes to the treatment of women in TV and movies.

She's all about looking at the root of the issue, taking responsibility, and actually talking about it.

She spoke out about the the portrayal of women in film during a super-interesting chat, addressing everything from man-obsessed female characters to women playing men's roles in Hollywood.

Here's a few of her lovely standout points. (Some of which I think are totally frameable).

First off, I'm glad that she admits to being part of a huge media engine. By acknowledging that she works within an industry that still falls short when it comes to equality for women is the first step to creating a better understanding.

Exactly. Let's tell stories about women we know are real. Let's let all of our truth hang out — pimples, crow's feet, and all!

Have you ever wondered why there's a group of women fighting each other on one channel, then there's there's a badass, empowered female character on the next? Hollywood's process of figuring out their injustice system may be one of the reasons why.

If I see one more sleepy romance with a woman staring into the distance, longing for a man to complete them ... ugh!! I mean, dudes are great and all, but they're not the ONLY thing on our minds.

What if we all decided to stop seeing films unless they had female characters that we could relate to? I wonder what would happen?

Sheesh, it sounds like we still have far to go. But at least there are producers like Olivia at the helm.

To hear all of her thoughts on Hollywood's treatment of women check out her talk below: