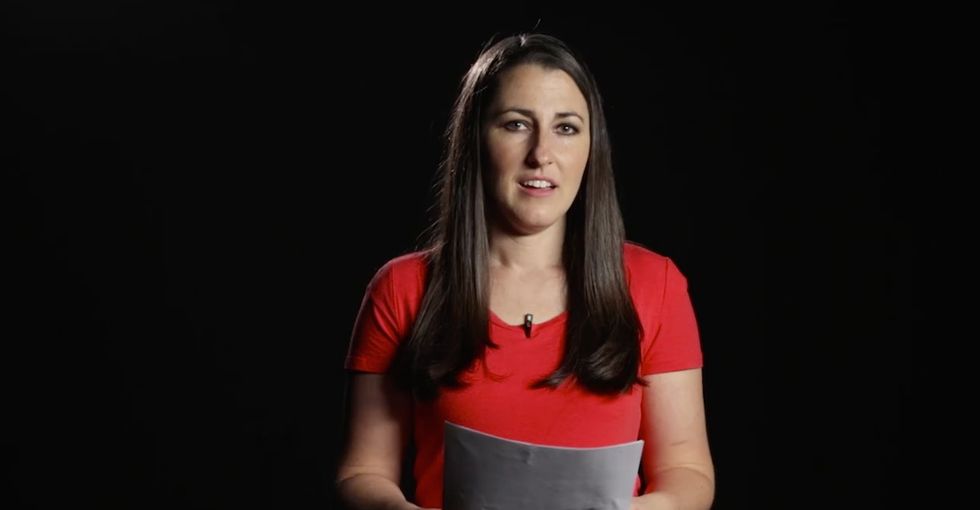 As Rachel Farnsworth knows all too well, you can't run a popular blog without getting a few nasty comments along the way.

The 31-year-old mom behind the booming recipe blog The Stay at Home Chef says she gets a couple of negative or critical comments every week on her blog, Facebook page, or YouTube channel.

Usually, she just ignores them. Or, if they're profane, she deletes them.

But one rude comment recently struck a much deeper nerve, and for the first time in the eight-year history of her blog, Farnsworth felt like she had to respond.

In a Facebook video, she beautifully called out one recent commenter who said her gray hairs made her look like "an old hag."

Facing the camera in front of an all-black background, she calmly explained why she felt this particular comment warranted a response:

"If you read my about me page, you'll find that I have a rare autoimmune disease that means I will most likely never live to be 70 years old. Every sign of aging that I have is a sign that I'm still alive.

From there, she talked about her long and difficult journey to love the body she has, "flaws" and all, and why the world needs more people with the courage to be who they are.

Why My Gray Hairs Make Me Happy

Someone recently commented on my blog and said I look like an old hag with my gray hairs. This is my response. www.thestayathomechef.com

But the message here isn't just about Farnsworth's unique battle with body image. It's also about how people treat each other and, more importantly, how we treat ourselves.

The video has been viewed over 4 million times, and in addition to thousands of Likes and comments, Farnsworth said she's been flooded with people sharing their own stories of how they've learned to love themselves.

"It's been people encouraging each other to stand up to online bullying and building each other up with kindness," she says. "It's a really humbling experience."