A mom in the U.S. wondered about motherhood around the world. Here's what she found out.

In some countries, you actually get paid to do this. 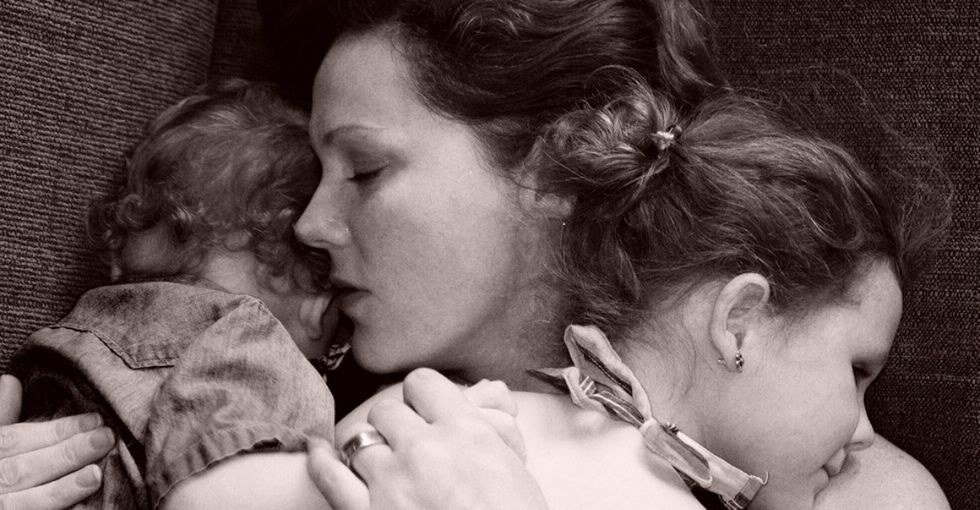 How does where you live affect how you're a mom?

Olga Khazan, a writer for The Atlantic and mother from the U.S., got on the phone with other mothers from Egypt, Brazil, Israel, South Africa, Sweden, Slovenia, China, and Haiti to ask them five questions about their lives as moms. Their sometimes surprising answers are captured in the illustrated video below. Here are highlights, along with a little extra background.

Lots of moms on the calls rattle off the amount of time they were paid to stay at home with their newborns.

This graph shows where the U.S. stands on maternity leave in comparison to much of the rest of the industrial world. The U.S. federal government provides for a minimal amount of time off and NO financial support for new mothers. (A handful of states have passed their own laws requiring that new mothers are paid some percentage of their salaries.) China requires 98 days at 100% pay. But listen to the mom from Beijing on the phone call, and you'll hear that competition in the workplace means a lot of Chinese moms can't really take advantage of that policy.

In the U.S., almost one-quarter of our kids under the age of 5 spend some time in daycare. And it's spendy! The annual cost of child care for an infant in a child care center is higher than a year's tuition at the average four-year public college in most states.

Mothers in other countries say daycare is expensive for them too. Grandparents, uncles, cousins, and babysitters to the rescue! (And yes, sometimes things do get a bit crowded.)

I know a lot of new moms who don't have time to wash their hair — but not being allowed to?! Why does that sound not restful?

In China, many new mothers spend their first month indoors and in pajamas, following a longstanding tradition (at least for wealthier mothers) of laying low to let bodies heal. Washing your hair is one of a number of taboos also shared by women in Latin American countries where the list of forbidden activities for the first month includes sex and spicy food.

As you might expect, mothers in different places experience different challenges, but certain things resonate around the world. Common ground? Guilt about not spending enough time with kids, feeling overwhelmed, being the "default parent," and the not-so-real notion of "shared work."

Even moms from idyllic, egalitarian Sweden don't rise above these worries.

5. The most important thing.

I loved all of these moms' answers. What a great idea to help connect a global community of mothers!