A Bunch Of Baby Sea Turtles Are About To Steal Your Heart. Guaranteed.

The only appropriate reaction after watching this first video is, "OMG, can we keep them?" To which I shall reply, "YES." But there's a sort-of catch. 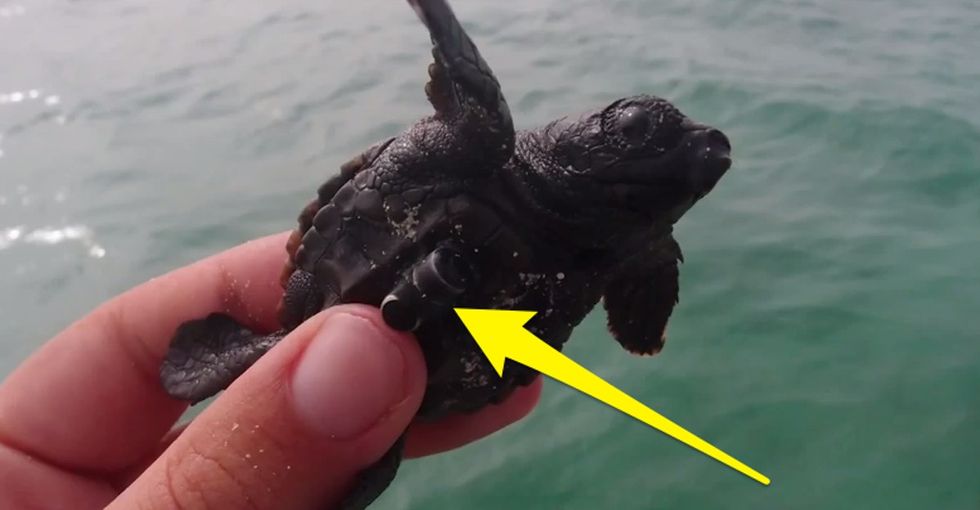 I really hope so.

Unfortunately, six out of seven sea turtle species are either endangered or threatened.

One way we keep baby turtles around involves understanding their early lives once they make it to the ocean — a journey about which we currently know very little. That's where some really cool nanotechnology is coming into play as of late:

So, yes. Baby sea turtles are adorable. And, cool, some scientists have developed a way to track their early adorable-baby-sea-turtle journeys...

But remind me, again, why sea turtles even matter?

Sea turtles have been around *way* longer than humans (we're talking MILLIONS of years here), so there's a ton we can learn from them. Also, research suggests they're a critical part of the ocean ecosystems because they're one of the few orders of animals that eat sea grass, which keeps it maintained for all the other ocean dwellers:

So, the final question you may be wondering: How can *you* become involved in keeping these amazing creatures around (assuming you're not currently a scientist tagging nano-tracking devices on baby turtle bellies)?

While there seem to be all sorts of ways to support them, SeeTurtles.org is the organization whose Billion Baby Turtles campaign really stuck out for me, especially with a video like this:

So, you with me? LET'S SAVE THOSE BABY TURTLES.

Click the share button below to show your support and/or check out the additional links below for information on how to donate ... or even go on a conservation tour.

From Your Site Articles
More